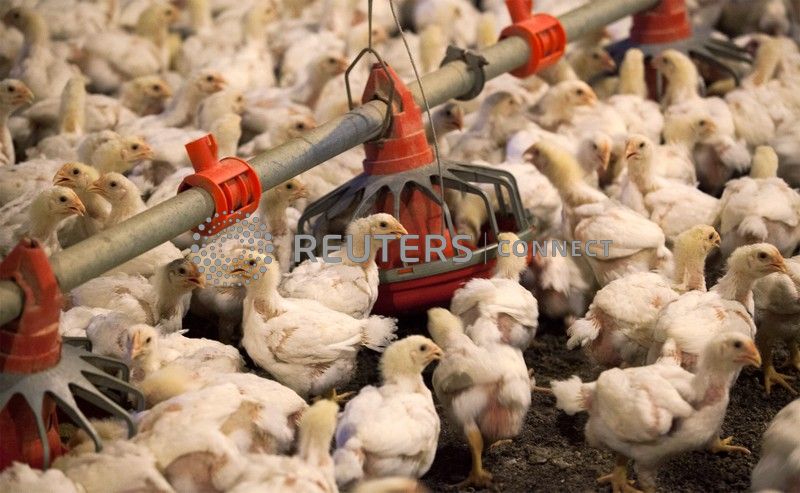 BEIJING/WASHINGTON/CHICAGO (Reuters) – Beijing lifted a nearly five-year ban on imports of U.S. poultry meat on Thursday, a move the U.S. Trade Representative said would lead to more than $1 billion in annual shipments to China.

It is also driven by an unprecedented shortage of meat in China after a fatal hog disease, African swine fever, has killed millions of pigs in the pork-loving country over the past year.

“We’re in a state of euphoria,” Sumner said. “At this point, if it’s meat protein, they’ll eat it.”

Beijing banned U.S. poultry and eggs in January 2015 because of a U.S. outbreak of avian flu, closing a market that bought $500 million worth of American poultry products in 2013, according to the U.S. Department of Agriculture.

Beijing has a tariff of about 25% on U.S. poultry from before the ban, which is in line with its duties for other countries, Sumner said.

China was previously a major importer of chicken feet and wing tips, providing a valuable market for parts of birds that Americans generally do not eat.

“We believe renewed access to China will present significant opportunities for growth and value creation for our team members, our growers and our business,” said Pilgrim’s Pride, which is mostly owned by JBS SA <JBSS3.SA>.

Sanderson Farms, the third largest U.S. poultry producer, began rendering chicken feet and wing tips for products like fertiliser and pet food instead of exporting them for higher returns, after China’s ban. The halt shut a market worth $62 million in total sales for the company in fiscal 2014.

“China has been a significant market for poultry in the past and we look forward to new export opportunities resulting from this opening,” Tyson Foods said.

China agreed to resume purchases after the USDA amended the Federal Register last week to approve imports of poultry products derived from birds slaughtered in China.

China’s total imports of chicken surged nearly 48% to 9.2 billion yuan ($1.3 billion) in the first nine months of this year, including breast meat, which is normally in surplus in the country.