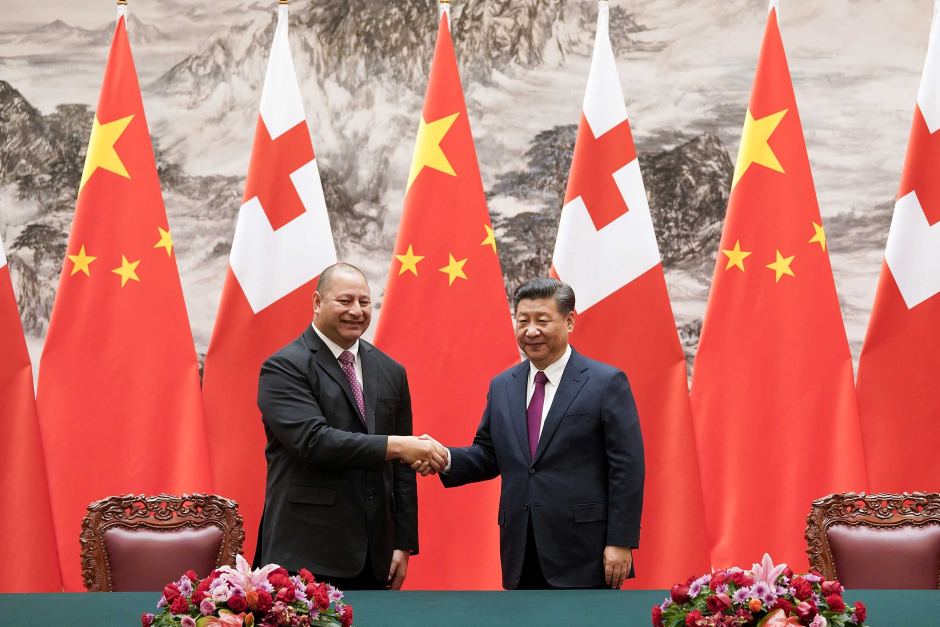 PORT MORESBY,19 NOVEMBER 2018 (REUTERS) – Tonga has signed up to China’s Belt and Road initiative and has received a reprieve from Beijing on the timing of debt payments shortly before an onerous schedule to repay loans was due to start.

Lopeti Senituli, political advisor to Tongan Prime Minister ‘Akilisi Pōhiva, told Reuters by email on Sunday that Tonga had signed a Belt and Road memorandum of understanding, and that the concessional loan had been deferred for five years.

Tonga is one of eight island nations in the South Pacific that owe significant debt to China. The deferment came just as Tonga was set to commence principal repayments on the debt, which is expected to put severe strain on its finances.

China’s ministry of foreign affairs did not immediately respond to request for comment on Sunday.

Tonga’s financial reliance on China dates back just over a decade after deadly riots in the capital of Tonga, Nuku’alofa, destroyed much of the small Pacific nation’s central business and government districts.

The government rebuilt the city with Chinese financing, and the roughly US$65 million in China’s initial loans to the island now exceeds US$115 million, due to interest and additional borrowings. This represents almost one-third of Tonga’s annual gross domestic product, budget papers show

The issue of Chinese-issued debt has been at the forefront of the Asia Pacific Economic Co-operation summit, held in Papua New Guinea (PNG). On Saturday, U.S. Vice President Mike Pence criticised President Xi Jinping’s flagship programme, saying countries should not accept debt that compromised their sovereignty.

While most Pacific island nations are not APEC members, their representatives were invited to attend events, and have been engaged in talks with larger regional neighbors such as China and Australia.

China’s official Belt and Road website reported last week that Fiji had made a commitment to Belt and Road, joining the likes of Samoa and PNG.