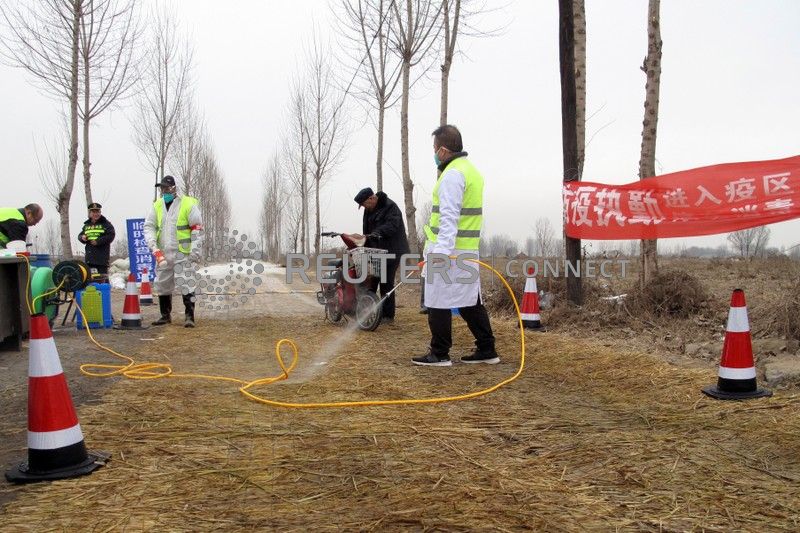 FILE PHOTO: Police officers and workers in protective suits are seen at a checkpoint on a road leading to a farm owned by Hebei Dawu Group where African swine fever was detected, in Xushui district of Baoding, Hebei province, China February 26, 2019. REUTERS/Hallie Gu/File Photo

BEIJING (Reuters) – China’s agriculture ministry said on Friday it had confirmed an African swine fever outbreak in Luchuan county in the southwestern region of Guangxi that killed nine pigs on a farm.

Many outbreaks are not reported, farmers have told Reuters, and as many as half of China’s breeding pigs may have died or been slaughtered because of the spreading disease, industry insiders have estimated.