China-backed CNMI casinos a threat to US military operations 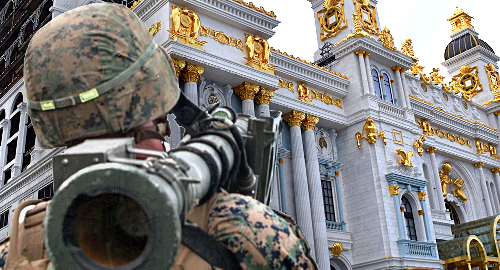 SAIPAN, 19 JUNE 2018 (WIRES) — The US military views Chinese-backed casinos in the Commonwealth of the Northern Mariana Islands (CNMI) as a threat to its operations in the region, according to a new government report.

Last week, the US-China Economic and Security Review Commission (USCC) released a report titled China’s Engagement in the Pacific Islands: Implications for the United States that expressed concern over Chinese-run gaming venues on the CNMI islands of Saipan and Tinian.

Specifically, the USCC claimed that Chinese investors’ casinos in the CNMI “could complicate U.S. Department of Defense plans in CNMI for extensive training and exercises resulting from the recent relocation of Marines from Okinawa, Japan.”

The report goes on to call the CNMI “a strategic asset for the US military” and claims that “as China increases its economic engagement, Pacific Island countries may feel more beholden to Beijing and side with it at international fora.”

The report singles out the Imperial Pacific Resort Hotel on Saipan and two proposed integrated resort projects – overseen by the Alter City Group and Bridge Investment Group – on Tinian.

The report claims that some CNMI businesses have protested US military plans, which Alter City has argued will “adversely impact the island of Tinian, its residents and adjacent operators.” Alter City further claimed that US military operations offer minimal benefits to Tinian, while “the burdens are significant and unsustainable.”

The amounts pale in comparison to the US$5m owed by another Chinese national, whose IPI lawsuit became public knowledge last week. The Variety reported that IPI has now filed similar lawsuits against 20 VIP deadbeats, all of whom face annual interest charges of 24% on the principal amount.

IPI made its name by offering credit directly to VIP gamblers rather than enlist the services of a junket operator to bear the risk of default. While this approach theoretically boosts IPI’s net take from gamblers, the company wrote off over half-a-billion US dollars last year as uncollectable debts, nine times the figure it wrote off in 2016.