China and U.S. clash again on trade and regional security 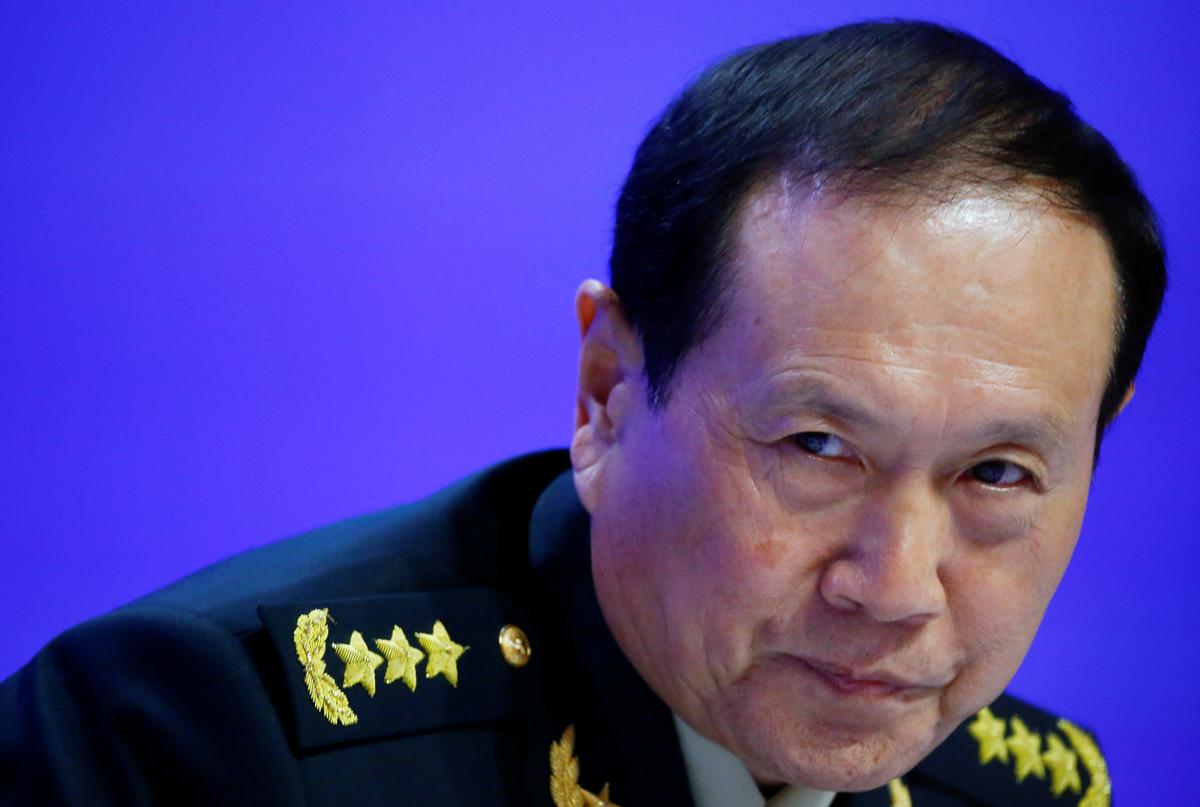 SINGAPORE (Reuters) – China and the United States clashed again this weekend on trade and security, accusing each other of destabilizing the region and potentially the world.

Speaking on Sunday at the Shangri-La Dialogue in Singapore, Asia’s premier defense summit, China’s Defence Minister Wei Fenghe warned the United States not to meddle in security disputes over Taiwan and the South China Sea.

On Saturday, acting U.S. Defense Secretary Patrick Shanahan told the meeting that the United States would no longer “tiptoe” around Chinese behavior in Asia.

“Perhaps the greatest long-term threat to the vital interests of states across this region comes from actors who seek to undermine, rather than uphold, the rules-based international order,” Shanahan said.

It was the latest exchange of acerbic comments between the two sides as their ties come under increasing strain due to a bitter trade war, U.S. support for Taiwan and China’s muscular military posture in the South China Sea, where the United States also conducts freedom-of-navigation patrols.

China has been particularly incensed by recent moves by President Donald Trump’s administration to increase support for self-ruled and democratic Taiwan, including U.S. Navy sailings through the Taiwan Strait that separates the island from China.

Wei, dressed in his uniform of a general in the People’s Liberation Army, said China would “fight to the end” if anyone tried to interfere in its relationship with Taiwan, which Beijing considers a sacred territory to be taken by force if necessary.

“If anyone dares to split Taiwan from China, the Chinese military has no choice but to fight at all costs … The U.S. is indivisible, and so is China. China must be, and will be, reunified.”

He however said both sides realized that any war between the two “would bring disaster to both countries and the world.”

The United States, like most countries, has no formal ties with Taiwan, but is its strongest backer and main source of weapons.

While Shanahan’s speech was critical of China, his tone was often conciliatory. Wei took a more combative approach.

Taiwan’s government condemned Wei’s remarks, saying Taiwan has never belonged to the People’s Republic of China, that Taiwan would never accept Beijing’s threats and that China’s claim of its “peaceful development” was the “lie of the century”.

Taiwan “will continue to strengthen its self-defense capabilities, defend the country’s sovereignty and democratic system, and uphold the right of the 23 million people of Taiwan to freely choose their future”, its Mainland Affairs Council said in a statement.

Taiwan is gearing up for presidential elections in January, and Taiwan President Tsai Ing-wen has repeatedly accused Beijing of seeking to undermine Taiwan’s democracy and has vowed to defend the island and its freedoms.

Wei, in a clear reference to the United States, also said: “Some countries from outside the region come to the South China Sea to flex muscles in the name of freedom of navigation.”

This week will mark 30 years since a bloody Chinese military crackdown on protesters around Beijing’s Tiananmen Square, refocusing scrutiny on China’s approach to security threats.

Taking questions from the floor, Wei defended the government’s handling of the Tiananmen “incident”, a rare official acknowledgement of the events of June 4, 1989; references to it are heavily censored in China.

“The government was decisive in stopping the turbulence,” Wei said of the Tiananmen Square crackdown.

“Due to this, China has enjoyed stability, and if you visit China you can understand that part of history.”

On the ongoing trade war, which has shaken financial markets around the world, Wei said China would “fight to the end” if the United States wanted a fight. But if Washington wanted to talk, “we will keep the door open”.

Trade tensions escalated sharply last month after Trump’s administration accused China of having “reneged” on its previous promises to make structural changes to its economic practices.

Washington later slapped additional tariffs of up to 25% on $200 billion of Chinese goods, prompting Beijing to retaliate.

Speaking at a hastily arranged news conference in Beijing, Chinese Vice Commerce Minister Wang Shouwen said it was irresponsible of the United States to accuse China of backtracking.

“If the U.S. side wants to use extreme pressure, to escalate the trade friction, to force China to submit and make concessions, this is absolutely impossible,” said Wang, who has been part of China’s trade negotiating team.