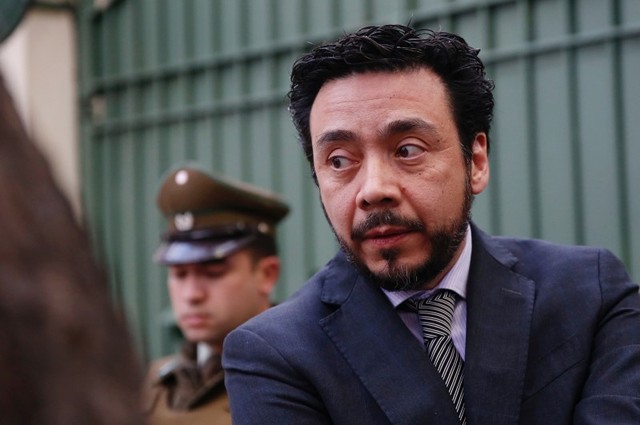 (Reuters) – Chilean police have arrested a former Roman Catholic Church official after he confessed earlier this year to sexually abusing at least five children, a state prosecutor said on Thursday.

The arrest was the first since authorities launched a major investigation this year into cases of abuse within Chile’s Catholic Church, which Vatican officials accused in February of “grave negligence” and a cover-up in its handling of sex abuse allegations.

Oscar Muñoz, who served as chancellor of the archdiocese of Santiago, confessed in January to church authorities that he sexually abused at least five children, according to Prosecutor Emiliano Arias, who ordered his arrest in the capital on Thursday.

Ironically, Arias told reporters that Muñoz had been responsible for receiving allegations of abuse within the church.

“The crimes he is accused of are of repeated sexual abuse and one case of a consenting relationship with an older minor,” Arias said, speaking outside Santiago’s cathedral.

“There are more than five victims. I hope this investigation will allow me to find more victims because they deserve proper treatment.”

In many of the alleged abuse cases within Chile’s Catholic Church, criminal suspects have eluded prosecution because of a statute of limitations. Arias said that would not be the case with Muñoz.

The prosecutor conducted raids on church offices and seized documents in Santiago and the southern city of Rancagua last month as part of his investigation.

Police confirmed that they had seized further evidence from the Santiago archbishop’s offices and the church’s ecclesiastical tribunal on Thursday.

The archbishop of Santiago, Cardinal Ricardo Ezzati, told reporters following Muñoz’s arrest that he felt “great pain, for him, for his family and for the victims.”

“The Santiago Archbisopric reiterates its willingness to collaborate with the authorities in any way required,” he said.

Muñoz will appear in court on Friday in Rancagua, 50 miles (80 km) south of Santiago. He could not be reached for comment and it was not immediately clear if he had hired a lawyer to represent him.

His alleged confession came at around the same time Pope Francis visited the South American country in January, when a substantial number of abuse cases were brought into the open amid protests over his appointment of a bishop accused of aiding in the cover-up of sexual misconduct.

In May, the pope summoned Chile’s 34 bishops to Rome, where they collectively offered their resignation over the sex abuse scandal. Since then, the pontiff has accepted the resignations of five bishops and church insiders have said he will be considering more in the coming weeks.