Chile must prosecute police, army for violence against protesters – U.N. 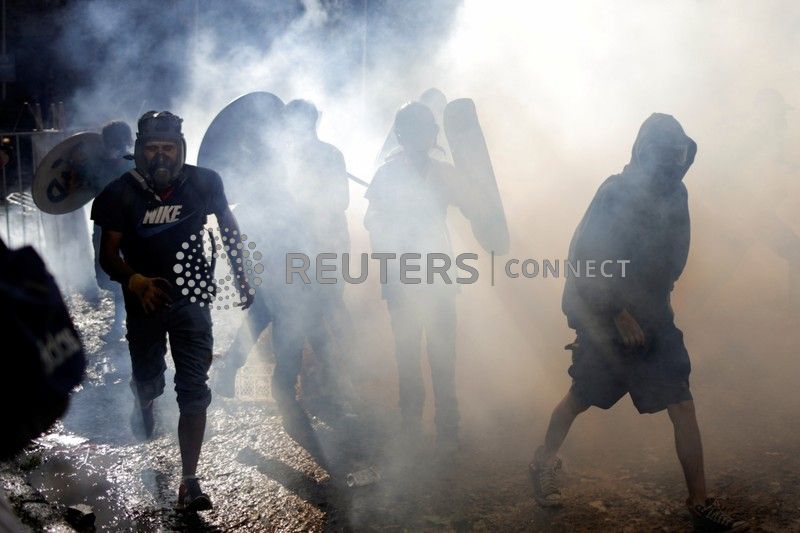 Demonstrators are seen amid tear gas during a protest against Chile's government in Santiago, Chile December 13, 2019. REUTERS/Ricardo Moraes

The U.N. human rights office said in a report that it had documented an “alarmingly high number” of 345 people suffering eye injuries after being hit by lead pellets fired from anti-riot shotguns by security forces.

Twenty-six people were killed during nearly two months of protests that began in October over a rise in metro fares but quickly spiralled out of control.

“We have found that the overall management of assemblies by the police was carried out in a fundamentally repressive manner,” U.N. mission leader Imma Guerras-Delgado told a Geneva news briefing.

“Human rights violations documented … include the excessive or unnecessary use of force that led to unlawful killings and injuries, arbitrary detentions, and torture and ill-treatment including sexual violence,” she said.

Lorena Recabarren, Chile’s subsecretary of human rights, critiqued the report, telling reporters the government would issue specific corrections to what it saw as conclusions drawn from “innacurate information, or lack of updated information in the report.”

Recabarren said Chilean authorities were already working to improve protocols and policy around several of the U.N.’s key points. Much of the criticism had appeared in earlier reports filed by other international right’s groups.

“We reiterate our willingness to take up every (recommendation) that seeks to improve our practices with respect to human rights,” she said.

The U.N. team, working under U.N. rights boss and former Chile President Michelle Bachelet, said the government of President Sebastian Pinera had cooperated with its investigation. Bachelet, a Socialist, is a long-time political adversary of the center-right Pinera.

During its Oct 30-Nov 22 mission, the U.N. team documented 113 specific cases of torture and ill-treatment – mainly through “severe beatings” – and 24 cases of sexual violence against women, men and adolescents by members of the police and army.

It documented four unlawful deaths “involving state agents,” including two in which there had been no apparent risk to the lives of military personnel, which could amount to an extrajudicial execution, Guerras-Delgado said.

Some 1,615 people remain in pre-trial detention among 28,000 detained since mid-October, she said.

The U.N. team also observed numerous attacks against the security forces and their premises, as well as looting and destruction of private and public property, she said.

“We continue to receive allegations of violations by police forces,” Guerras-Delgado said. “We recommend the immediate end of the indiscriminate use of anti-riot shotguns to control demonstrations.”