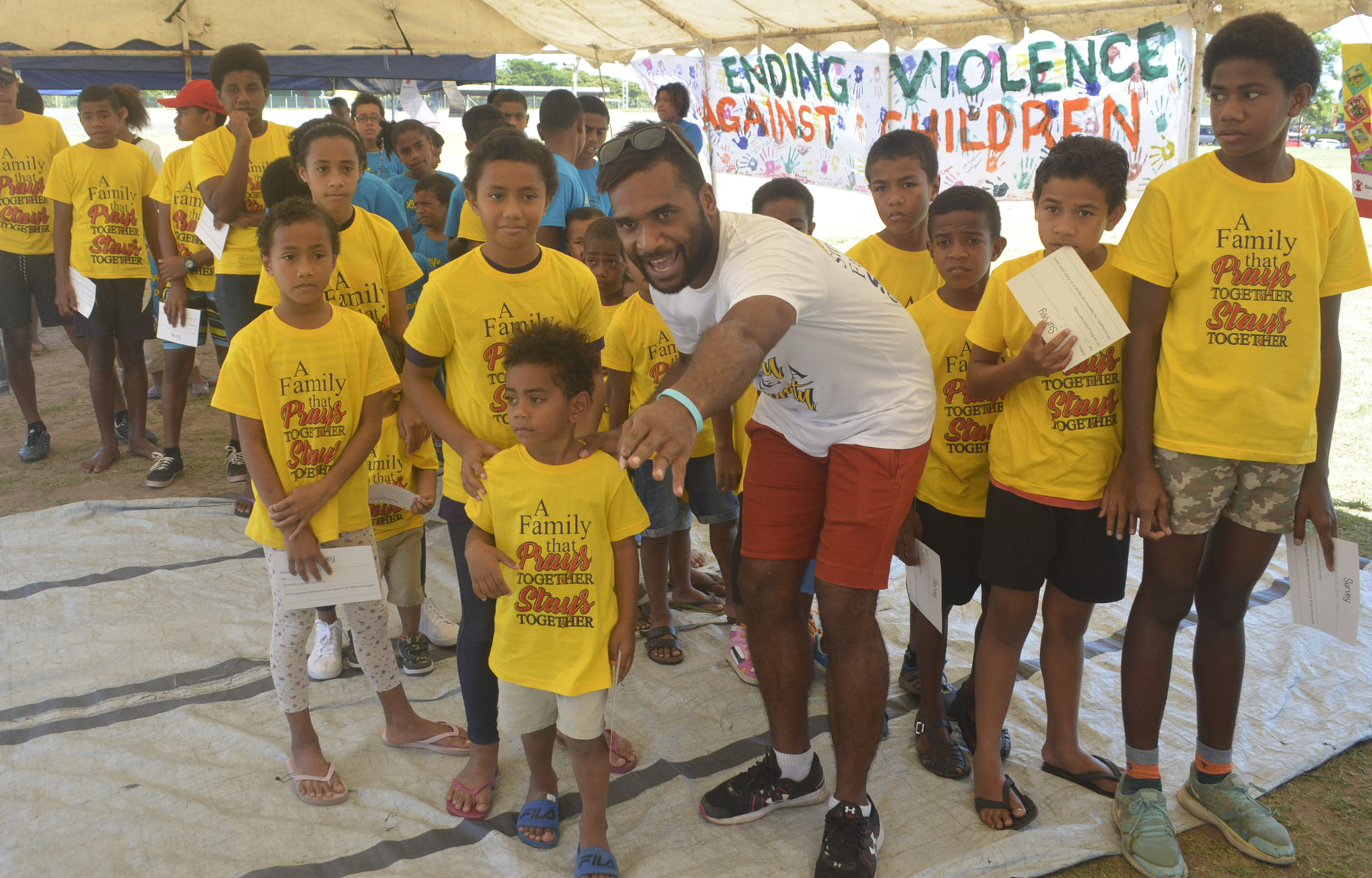 Save the Children Fiji Project Officer Jofiliti Veikoso speaks to the children during the Prevention of Child Abuse and Neglect National Celebration in Lautoka. Picture: REINAL CHAND

THE continuous occurrence of sexual abuse on our children needs urgent action now.

Save the Children Fiji CEO, Iris Low-McKenzie stressed this in a statement issued today saying we need to be serious about this.

In raising awareness that violence against children of any forms should not be tolerated Ms Low-McKenzie said 55 percent of the victims of sexual offences are under the age of 18 and these are only the reported cases.

“Children are taken advantaged of in their own families.

“Save the Children has been working directly with children to empower them to report cases of abuse because when children take the extreme difficult step of reporting abuse, we need to ensure they are properly supported and get the help they need,” Ms Low-McKenzie said.

She said the more children speak up the more prosecution can happen.

She also stressed that children’s welfare and protection is everybody’s business.

Meanwhile the Ministry of Women, Children and Poverty Alleviation has designated November 19, as the National Day for the Prevention of Child Abuse and Neglect (PCAN).

The Ministry recorded 1145 child abuse cases last year alone and this was an increase compared to 1077 cases in 2016.

This shows that child abuse is happening in children’s everyday lives and this includes physical violence including slapping and hitting children either with hands or an instrument like stick, ruler, broom handles and the wooden spoon.

These are the most common forms of physical abuse of children.

This year’s theme is “Stronger Families, Safer Children” reiterating the importance of bringing back family time. The rise of cases in child neglect is quite alarming where parents leave their children unsupervised or just by themselves while they attend to other commitments.