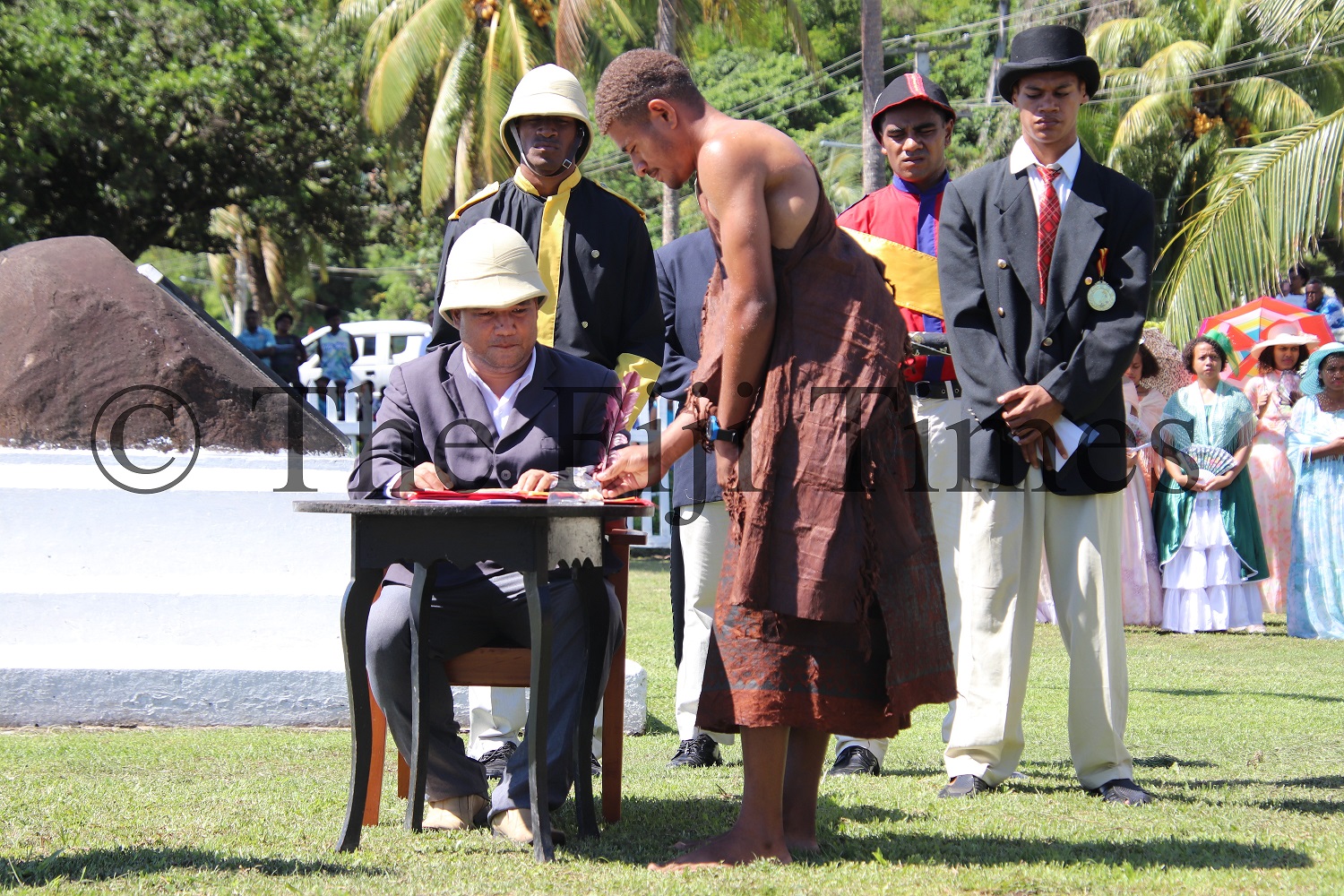 Students of Levuka Public School and Delana Methodist School re-enacted the signing of the Deed of Cession to mark Fiji’s 50th independence anniversary.

This was followed by a march from Nasova to Nasau Park where celebrations took place.

While officiating at the event, Minister for Forestry Osea Naiqamu said even though Fiji was a dot on the world map, the nation had always punched above its weight, time and again.

“We were a people who were conscious of our own potential greatness, and we were determined to seize that greatness, to respect all nations and take a back seat to none,” he said.

“Despite all that, a nation is not built in a day or a decade or even a century but it is refined and improved and perfected and reformed over time, and truly great nations confront their past injustices, change laws that need to be changed and reform the way they do things.”

Mr Naiqamu said Fijians should be grateful they were able to celebrate at all because in most places around the world, large gatherings were deemed unsafe because of COVID-19.

“But because Fiji acted quickly to contain the coronavirus, our people are safe.

“We should all thank our heroes at our border and in our hospitals, for their hard work and sacrifice which has allowed us to live free from the virus.”

Students and members of the public took part in traditional games such as the coconut scraping competition during the day.