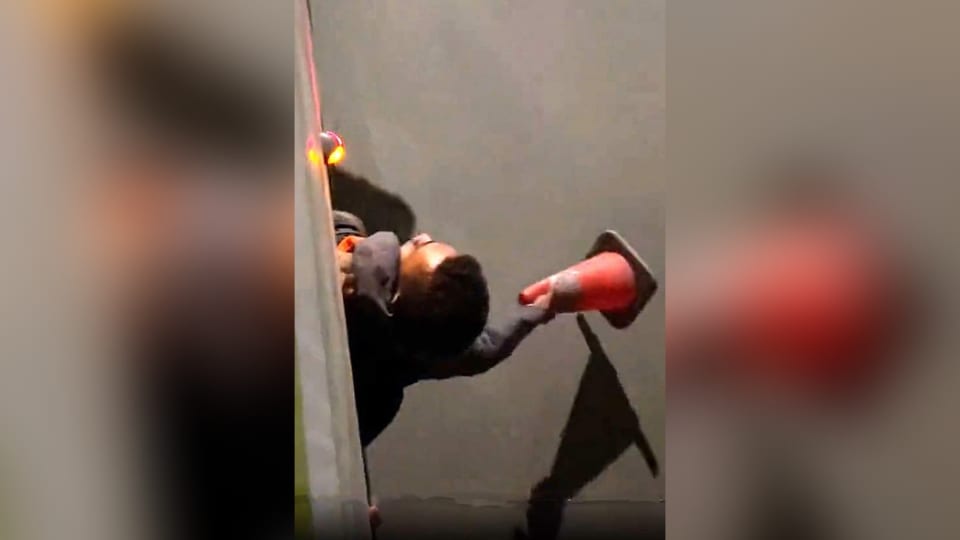 A young boy holds a road cone while occupying the luggage compartment of a running bus on the road. Picture: FACEBOOK VIDEO

A shocking video of children dangerously riding in the luggage compartment of a bus in Suva has gone viral on social media.

In the footage viewed by The Fiji Times, a number of young children can be seen hanging their head, arms and feet out of the luggage compartment while the bus was in motion. It also showed the children collecting cones along the road as the bus was moving, and moving them around when the vehicle came to a standstill. Police spokeswoman Ana Naisoro said officers would be visiting the company concerned as well as other bus operators.

“This type of behaviour should not have been condoned and allowed,” she said. Meanwhile, a statement issued recently by the Accident Compensation Commission Fiji (ACCF) highlighted “dangerous and unruly” behaviour of students on public buses.

CEO Parvez Akbar said students were “regularly observed behaving dangerously on buses, including sitting on window ledges with half their bodies hanging out of the bus, and trying to hit or slap signposts along the road”, actions he said that “can result in serious injuries and even death”.