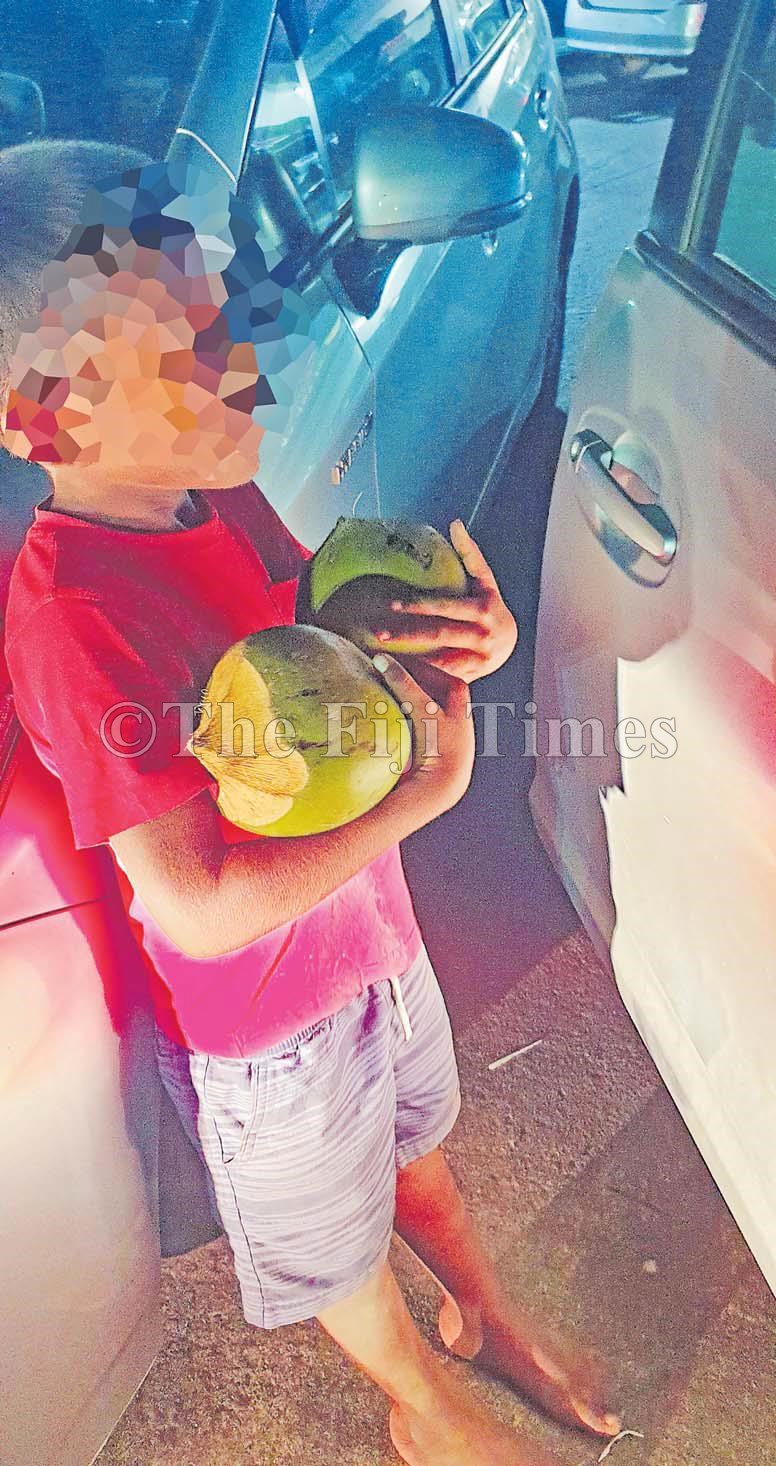 Save the Children Fiji says it is concerned about the increase in the number of children selling goods on the streets during odd hours of the night.

CEO Shairana Ali made the comment in response to a report from this newspaper that a six-year-old was seen selling bu (young coconuts) on his own at night in the car park of a popular shopping centre in Suva.

She said they were also aware of children selling roti parcels in specific hotspots in Suva and in other towns.

“This is happening mainly in the urban areas and that puts children at risk of abuse, exploitation and issues of child trafficking comes up as well,” Ms Ali said.

“Most of the time we notice these children are not accompanied by an adult or supervised by any adult.

“The children are as young as six to seven years old and sometimes they are in groups and then they fight between the different groups.”

Ms Ali said they referred such cases to the Department of Social Welfare’s Child Services Unit.

“What we do know is that when the child services unit intervenes and when other organisations intervene, these children are taken off the streets but they eventually come back.

“The onus is on the parents as well to make sure that they are looking after their children and supporting them financially rather than depending on the children to be going out to sell food items.

“This makes them more vulnerable to issues of abuse and exploitation.”

She said the issue of child trafficking and child labour needed more attention from the relevant authorities.

“We need a dedicated taskforce to look at these issues, especially during COVID-19,” Ms Ali said.

“As I have said, we have observed a lot more children on the streets and this is because parents have lost their jobs and their sources of income.

“There is a lot of financial instability within homes so all those are contributing factors, but there isn’t any reason for children to be on their own especially at night and not being supervised.

“I feel it’s not being addressed fully, there should be an allocated budget from the Government to help and support programs to eradicate the issue of child trafficking and child labour.”

She said they had not received reports directly of child labour or child trafficking.