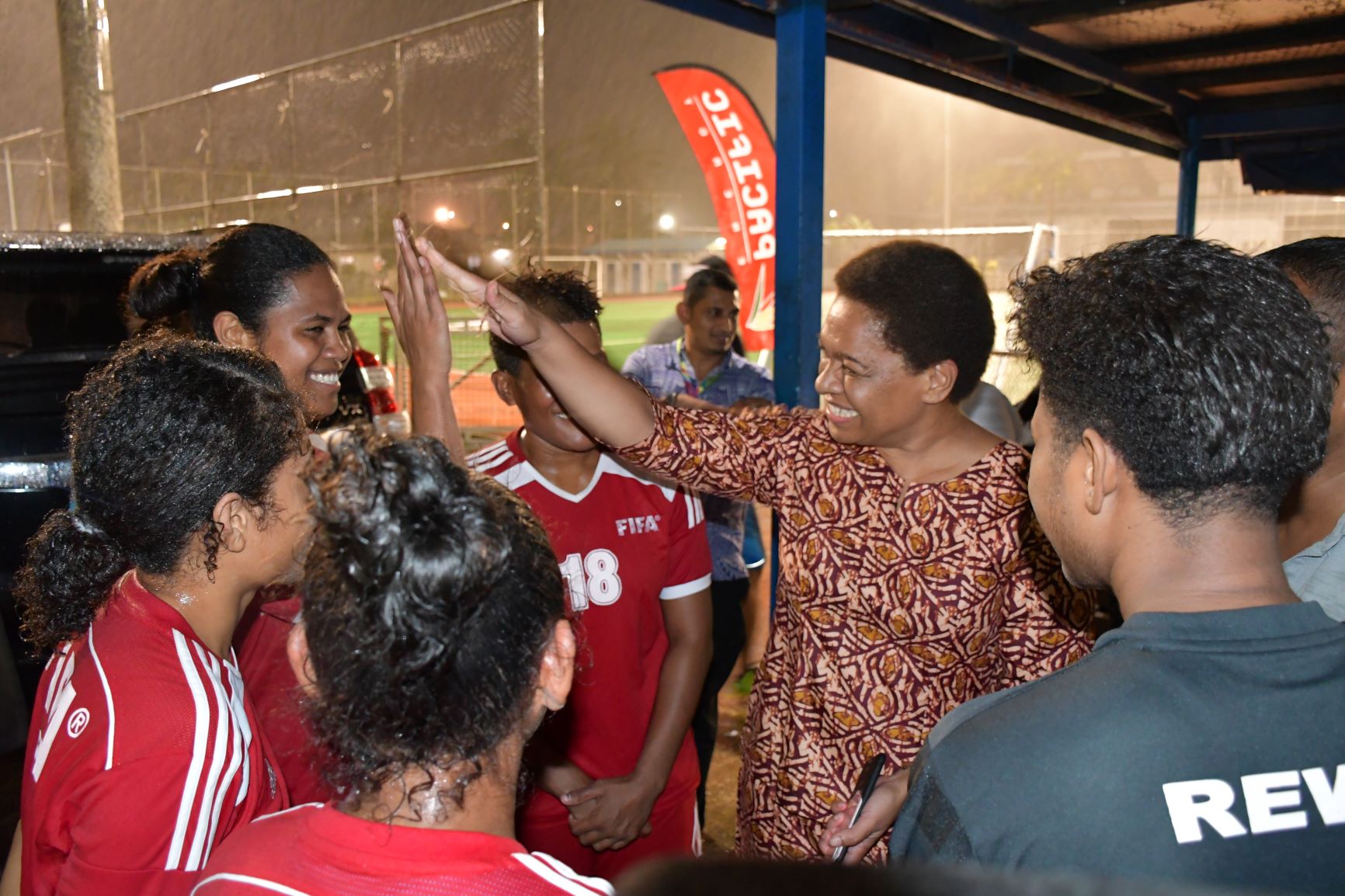 Despite the heavy downpour, Mrs Vuniwaqa made time to meet with all the teams personally. Picture: SUPPLIED

MINISTER for Women, Children and Poverty Alleviation, Mereseini Vuniwaqa emphasized the aim of the Fijian Government in addressing the issue of child abuse and neglect through policies and partnerships while officiating at the Klean and Brite Cleaning Services Futsal Championship at National Hockey Center in Suva on Saturday.

Mrs Vuniwaqa informed that according to statistics from the Office of the Director of Public Prosecution in 2018, 38.9 percent of all sexual offences in Fiji were committed against children and 24.3 percent of all cases were where the victims and perpetrators were related or known to each other.

“We cannot allow ourselves to be desensitized by the frequency of these crimes nor allow this topic to phase out of our daily conversations. The Ministry is therefore grateful to the organizers of events such as the soccer tournament for using the platform to advocate against Child Abuse”, she said.

Meanwhile the championship was partially funded by the Ministry in support of the women’s futsal championship and despite the heavy downpour, Mrs Vuniwaqa made time to meet with all the teams personally.