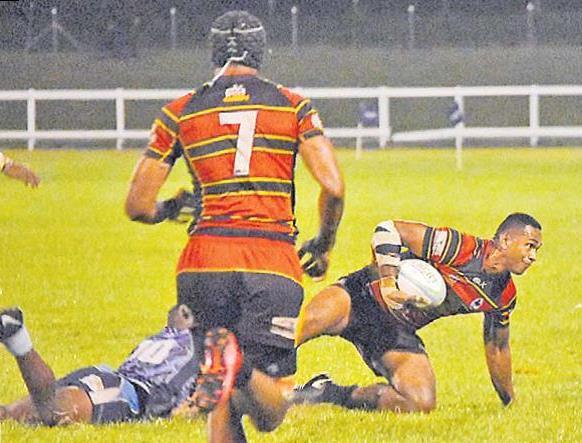 CONUA Chiefs rugby team is dominating the Nadroga rugby challenge after it wrested the Kalevu Shield from Tuva Highlanders a fortnight ago.

Last week the Chiefs successfully defended the shield against Jubaniwai Bulls and will meet Vusu Brumbies tomorrow at Lawaqa Park in Sigatoka.

The shield is battled among eight champion districts without any cash prizes.

The Conua Chiefs team is made up of players from six villages — three from along the Coral Coast such as Vatukarasa, Malevu and Korotogo.

The other three villages lie on the banks of the Sigatoka River.

Meanwhile, challenger Vusu Brumbies is expected to give the Chiefs a good run tomorrow.

Brumbies players include those from Namatakula Village.

Brumbies team manager Sovita Nagatagata said: “Many of our key players such as Leveni Tani and his younger brother Sireli Vulaono, Ratu Filise 7s team captain Pio Batibasaga and some more have secured overseas contracts and Amenoni Nasilasila is playing for Nadroga.

“Our team to the challenge will be played by majority of our under-20 players,” said Nagatagata.

“When it comes to challenging the Kalevu Shield, it’s not only about fitness, but they play their hearts out because we’ve once won the title and we want to win again.”

The Conua Chiefs and Vusu Brumbies will play at 7.30pm on Friday at Lawaqa Park, Sigatoka.