Tui Suva not in favour 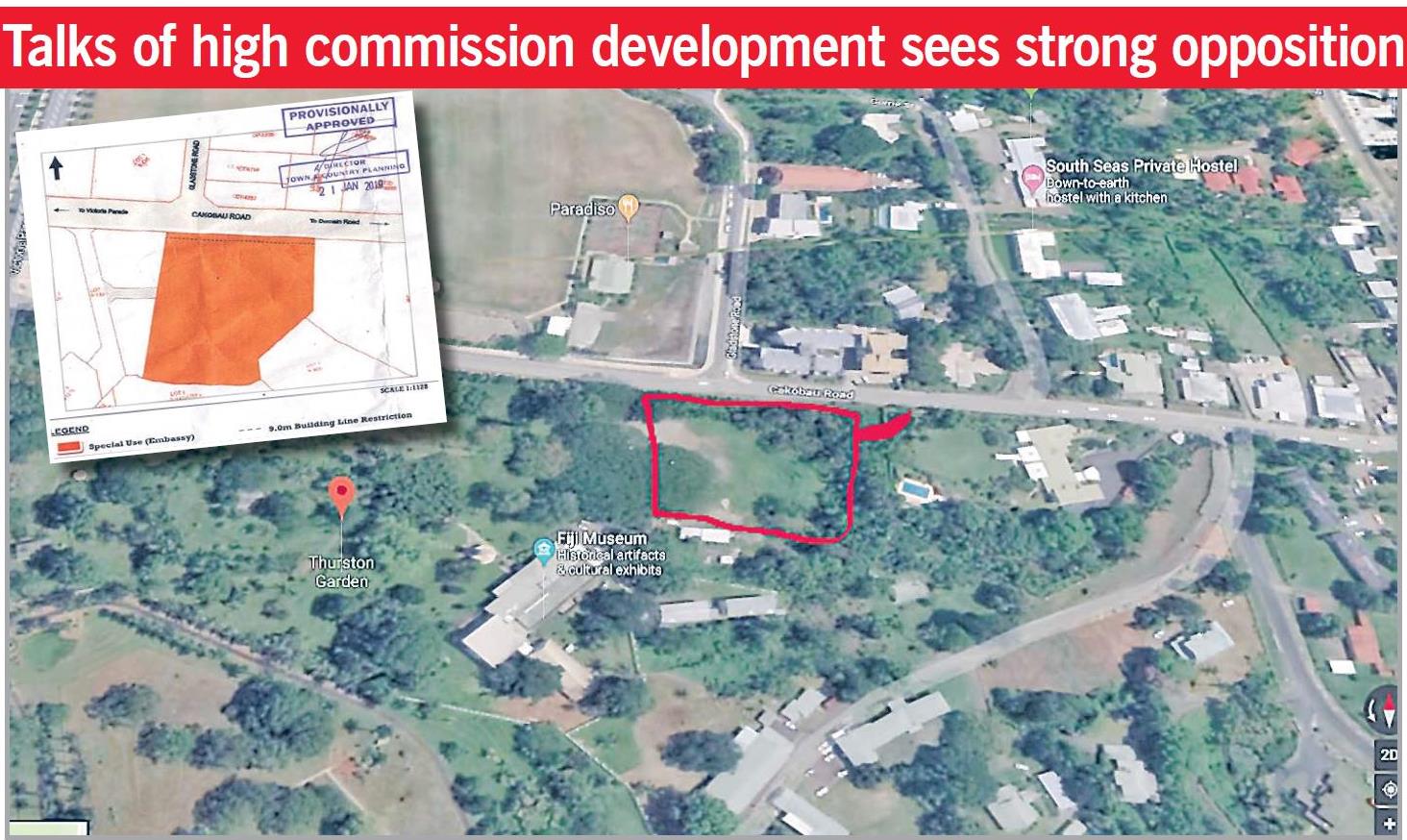 A satellite image of the Thurston Gardens. The red mark is just a rough guideline to show where the proposed development site is. Picture: FT FILE

THE Roko Tui Suva, Sanaila Mudunavosa, issued a strong statement that he is not in favour of any development on the land that had been earmarked for the construction of the Indian High Commission.

The Roko Tui Suva is the head of the mataqali and yavusa Vatuwaqa.

The Roko Tui Suva said he was really concerned that when this piece of land was given to the colonial government, it was for one purpose — that the government would be able to preserve and safeguard their old village site and sacred burial ground.

He said the then governor made sure to fence off all this area including Thurston Gardens not only to act as a botanical garden but also to protect one of Suvavou’s most prized identity — their origins, their village site.

The Roko Tui Suva said “the land has eyes and I have told members of my clan not to accept anyone who wants to seek the blessing of the vanua”.

He added in his position as chief of the people of Suvavou, they were content their old village site was accommodating the botanical gardens, the Fiji Museum and the President’s house but they would not agree to any other development on that piece of land.

Mr Mudunavosa added this was the only land they received money from to the amount of $15,000 per annum, and they really hoped Government would protect their old village site.

Referring to the proposed development of the Indian High Commission he said, “it hurts us because this is our old village site, this is our beginning where our forefathers once lived before we were told to move”.

Village headman Vereti Dumaru said there had been cases in the past where developers had approached them and accepted the traditional apology.

“There have been several times when they encounter problems, then they come here to the village, and after the Tui Suva has drunk the first bowl of yaqona, what used to be a mechanical problem seems to be working fine, but this time as you have heard the Tui Suva — we will not accept any more of that.”

Meanwhile, in the 2014 December Parliament sitting, Opposition member Tui Namosi Ratu Suliano Matanitobua asked whether there were moves to use “a section of the Thurston Gardens for the purpose of building a proposed high commission”.

“That is the land, Madam Speaker. It has been given to the Government of India for the chancery and also for their residence. In exchange, we are getting prime land in Chibakura in Delhi.

Ratu Inoke was then asked, given the significance of the land, was there any public consultation with the Suvavou people who were original owners?

“The land belongs to the State and we felt it was a very good deal to get that piece of land in Delhi. As you know, the valuation in Delhi is $107 million and this piece of land is only $1.5 million.”

The Department of Town and Country Planning stated that the Lot 2 land at the Suva Botanical Gardens that was being proposed to be given for the Indian Embassy will not affect the gardens.