Chief magistrate to preside over case 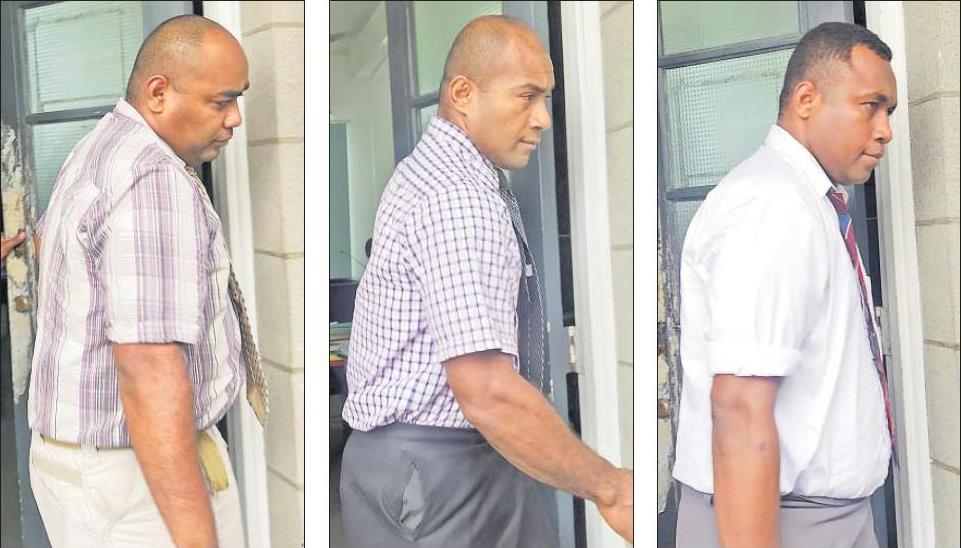 THREE police officers who allegedly unlawfully wounded a man by pouring hot water on him and hitting his legs with a cement block will reappear before chief magistrate Usaia Ratuvili this morning.

It is alleged that on November 5 this year, the three officers at Pacific Harbour Community Post unlawfully wounded Manasa Rayasidamu by pouring hot water on his back and had also hit his legs with a cement block.

The three were bailed yesterday after their counsel, Ana Tuiketei, pleaded with the court to grant them bail as they were officers who were involved in investigating cases that were serious in nature and also of national interest.

Ms Tuiketei told the court the three were involved in investigations against some remandees at the Suva Remand Centre.

She said because of this, the safety of the three officers had to be taken into account and the court must consider bail.

She said the alleged incident took place in Navua and the onus was on Mr Ratuvili to transfer the matter to the correct jurisdiction.

Ms George said the case was supposed to be heard in Navua.

The three were released on $1000 cash bail and two sureties.

Ms George also said the offence committed by the officers was indictable in nature and that everyone was equal before the law.

The court ordered the three not to reoffend while on bail and not to interfere with any of the State’s witnesses.