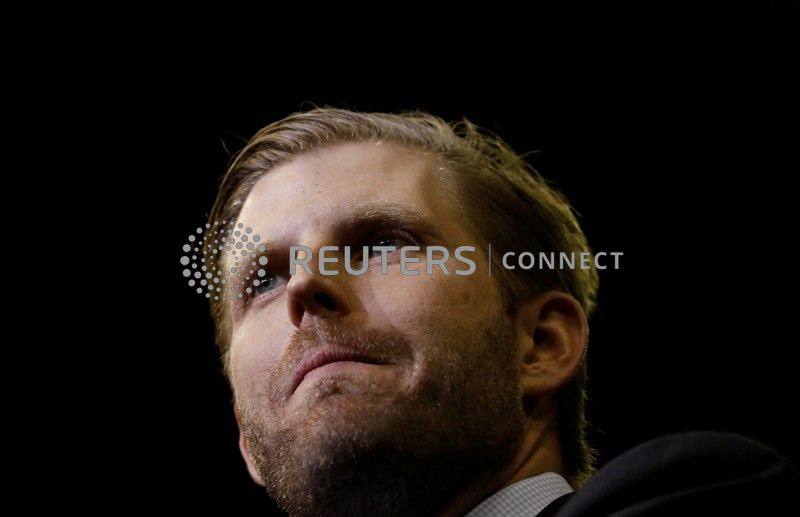 (Reuters) – A Chicago bar has placed one of its waitresses on leave after Eric Trump, the younger son of President Donald Trump, said the woman spit on him, the business said on Wednesday.

Eric Trump was at a business dinner on Tuesday night at the Aviary, a high-end bar on the West Side of Chicago, when a waitress spit in his face, a representative from the Trump Organization told the Chicago Tribune.

A representative from the Trump Organization declined to comment, and Eric Trump could not be reached for comment.

“It was purely a disgusting act by somebody who clearly has emotional problems,” the president’s son told Breitbart News.

“What is certain is this: no customer should ever be spit upon,” the Aviary said in a statement. “We have not yet spoken with the employee but our HR team has, in the meantime, placed her on leave.” The bar did not identify the employee by name.

Chicago police and the U.S. Secret Service agents responded to reports of a confrontation at the bar, the Chicago police chief said on Twitter.

Authorities took the woman into custody, but the president’s son decided not to press charges, the Trump Organization told the Tribune.

It was not the first time that someone closely associated with the president had a tense encounter at a dining venue. The president’s spokeswoman Sarah Sanders was turned away from a Virginia restaurant last year because the owner disagreed with the administration’s politics.