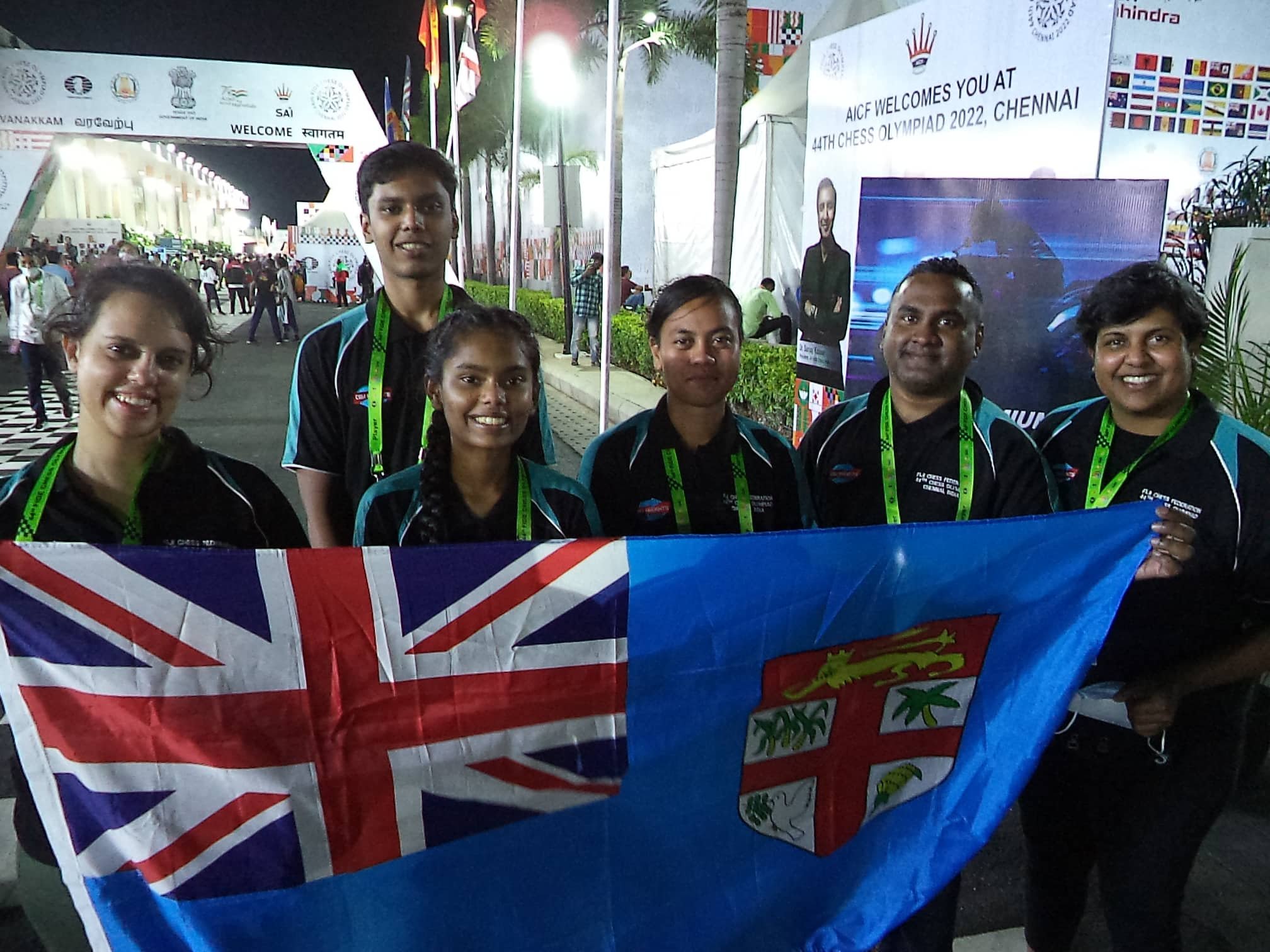 The Fiji chess team celebrated a double victory on the weekend during the 44th World Chess Olympiad in Chennai, India.

The Fijian women’s team beat Guyana and the open team got the better of British Virgin Islands.

In the match against Guyana, Board 1 Women’s FIDE Master (WFM) Kieran Lyons trapped Pooja Lam in a checkmate combination that won her a queen within 30 minutes of start time, Board 3 Cydel Kabrina Terubea defeated Nellisha Johnson in an endgame, while on Board 4 Tanvi Radha Prasad, 15, of Jai Narayan College in Suva beat Anaya Lall.

“It was a convincing win for Fiji with most boards taking advantage of the game early on,” said open team captain Goru Arvind.

“Considering that the team barely had a few weeks to prepare for the Olympiad, this is a fine result from the girls who are coached by Ryan Joshua Lyons.”

“Registering back-to-back wins in a world championship is what makes our 30 hours of travel with jet lag to India worth the effort. We are thankful to international master (IM) Sekhar Sahu, who is assisting India women’s team 3 for providing the players with 20-hours of online coaching via Google Meets for five weekends prior to the event.”

“Members of Team Fiji are in good spirit after the wins, and other notable games are WFM Kieran Lyons drawing with WFM Hurtado Yaleika Chung of Panama, Avinesh Nadan having a tied match with Cosme Guterres of Timor-Leste, and Rudr Ravi Prasad beating Marcos da Conceicao of Timor-Leste.”