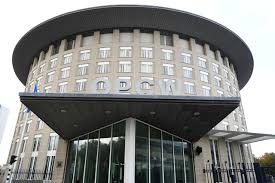 FILE PHOTO: The building of the Organization for the Prohibition of Chemical Weapons (OPCW) is pictured in The Hague, Netherlands, October 4, 2018. REUTERS/Piroschka van de Wouw/File Photo

AMSTERDAM (Reuters) – Inspectors have concluded that a “toxic chemical” containing chlorine was used in an attack last April in the Syrian town of Douma, at the time held by rebels but besieged by pro-government forces, the global chemical weapons agency said on Friday. The attack on April 7, 2018, killed dozens of civilians and […]