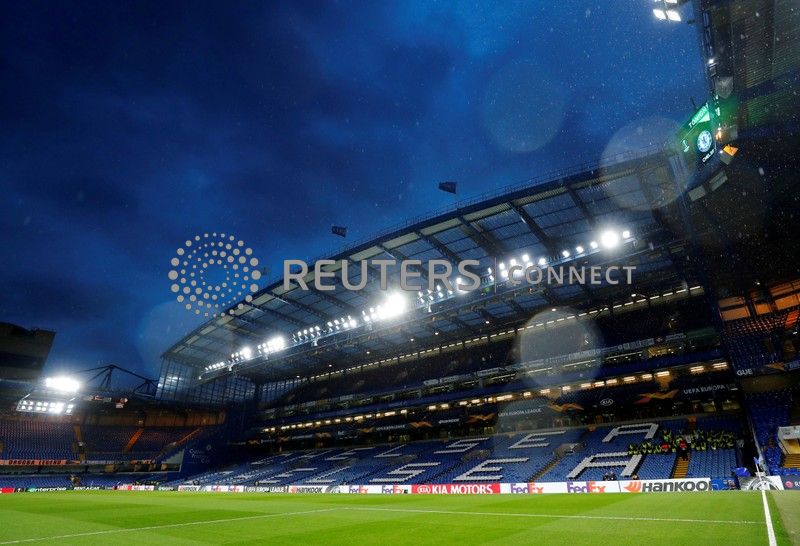 (Reuters) – FIFA said on Wednesday that they have upheld Chelsea’s one-year transfer ban but the English Premier League club will be able to register youth players during the period following an appeal.

Chelsea were fined 600,000 Swiss francs (453,404.9 pounds) and sanctioned in February in relation to 29 cases where regulations relating to the international transfer and registration of players under the age of 18 were breached.

“The FIFA Appeal Committee has decided to partially uphold the appeal lodged by Chelsea FC against the decision of the FIFA Disciplinary Committee to sanction the club with a ban on registering new players at both national and international level for the next two complete and consecutive registration periods,” FIFA said in a statement.

“This ban applied to the club as a whole – with the exception of the women’s and futsal teams – and did not prevent the release of players.”

But FIFA’s Appeal Committee decided the club can still sign players under the age of 16 as they concluded imposing a ban on registering each and every minor “would not be proportionate to the offence committed”.

In a statement, Chelsea said they are “very disappointed” with FIFA’s decision and will take their case to the Court of Arbitration for Sport.

“Chelsea FC categorically refutes the findings of the FIFA Appeal Committee. It acted in accordance with the relevant regulations and will appeal the decision to the Court of Arbitration for Sport,” the club added.

Manager Maurizio Sarri said the ban could give him an opportunity to play a number of youth prospects who are out on loan this season.

“Every month I have a report on every player on loan, we have about 45,” Sarri told reporters.

“There are two or three players who have been out on loan this season who are ‘interesting. I do not want to name names now. But the level they have been playing at must be considered.”