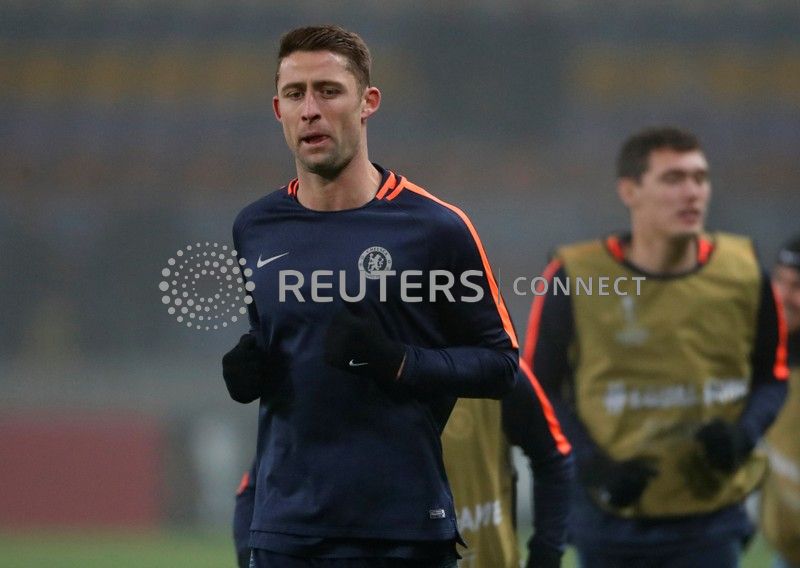 England international Cahill did not travel to Germany with the squad and joins Antonio Rudiger on the sidelines, leaving the London club with only two fit senior central defenders.

“We’re in trouble with the centre backs,” Sarri told a news conference ahead of the first leg. “Cahill is out due to a problem with his Achilles tendon.

“I hope to have him recovered in a week but I don’t know, I have to speak to the doctor. He’s been out for four or five days.”

“I think he is the only other one who can play there,” the Italian manager added. “But this is normal as we have played about 58 games. In the past we were lucky with injuries but not in the last 10 days.”

Rudiger is out for the season after undergoing knee surgery and Sarri said he had tried to manage the German’s injury until the end of the season before it flared up in Sunday’s 1-1 Premier League draw at Manchester United.

“We tried to arrive to the end of the season because sometimes you are able to do it, to play for one month,” Sarri added.

“He was unlucky, but the situation without or with the match was the same. At the end of the season, he would have to have the surgery.”