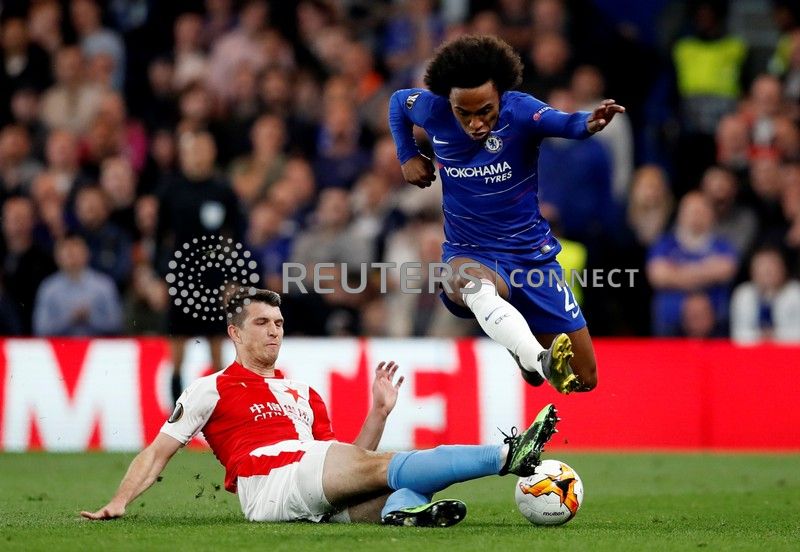 LONDON (Reuters) – Chelsea reached the Europa League semi-finals by beating Slavia Prague 4-3 in a roller-coaster game on Thursday, helped by a Pedro brace in a first-half onslaught before withstanding a comeback bid by the Czechs after the break. Chelsea, who will face Eintracht Frankfurt in the last four, were cruising 4-1 at halftime […]