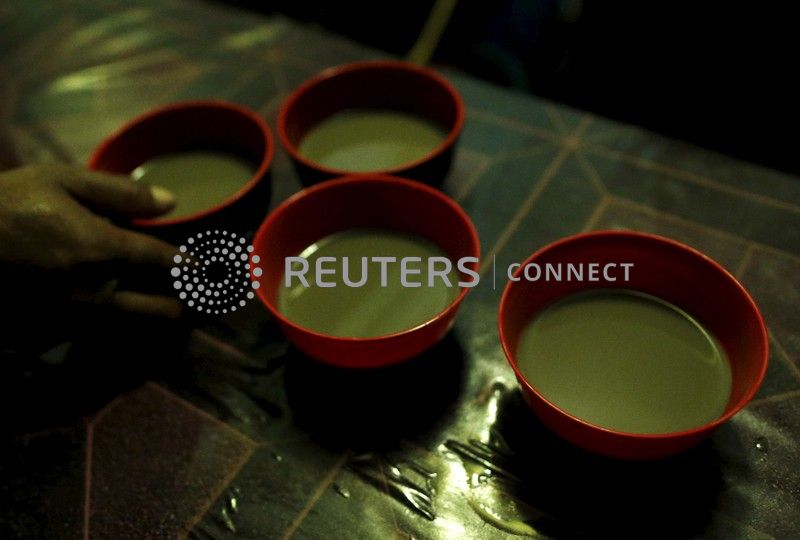 A man orders four bowls of kava at a kava bar in Port Vila, capital city of the Pacific island nation of Vanuatu March 19, 2015. REUTERS/Edgar Su/Files

SYDNEY (Reuters) – Australia will allow imports of the intoxicating drink kava, Prime Minister Scott Morrison said on Wednesday, as it seeks to forge closer ties with its Pacific neighbours amid growing Chinese interest in the region.

Australia and China have been vying for influence in sparsely populated Pacific island countries that control vast swathes of resource-rich ocean.

Vanuatu last year signed up to China’s Belt and Road initiative, just a few months after Australia promised to bolster its cyber-security capability.

To improve cultural ties, Morrison told reporters in the Vanuatu capital of Port Vila that Australia would remove restrictions on kava, a mildly intoxicating brew that is deeply embedded in the social fabric of Pacific islanders.

“I know it has been an issue for some time, we have agreed that we would be working to … ease some of the limitations on importation of kava into Australia,” Morrison said.

Imports will begin with a pilot programme, he said.

Kava – once the drink of chiefs and spiritual leader – is the Pacific’s favourite tipple and a major export for Vanuatu.

Kava imports to Australia have been restricted since 2007 following concern that some indigenous communities were abusing the drink.

But Australia’s rivalry with China appears to have swung the argument.

“Kava is culturally very significant, tied into many ceremonies in the region. Easing the restrictions will be welcomed in the region,” said Jonathan Pryke of Sydney-based think-tank the Lowy Institute.

Morrison, who become the first Australian prime minister to visit Vanuatu in nearly 30 years, will travel to Fiji on Thursday as part of a Pacific tour.

Australia last year offered Pacific countries up to A$3 billion ($2.16 billion) in grants and cheap loans to build infrastructure.