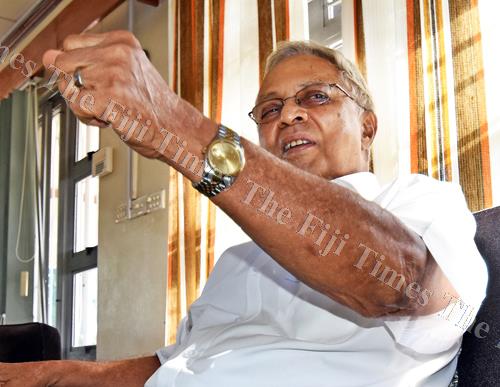 He said the rights were under assault in Fiji even as Employment Ministry permanent secretary Osea Cawaru was making a commitment to the 108th Session of the International Labour Conference that the Fijian Government would respect these rights under an agreement signed with the Fiji Trades Union Congress and Fiji Commerce and Employers Federation.

Mr Chaudhry said at 4pm last Monday, NFU president Surendra Lal was arrested and taken to the Labasa Police Station where he was kept in a cell overnight and released 16 hours later on Tuesday without being charged.

“Faced with such realities, how can any such assurances by this Government that it will respect the rights and freedoms of trade unions and workers be taken seriously,” asked Mr Chaudhry.

“The Government has consistently violated the tripartite agreement it signed with FTUC and the Employers Federation in 2015, to respect trade union rights and freedoms.”

Mr Chaudhry said Mr Lal was arrested on allegations that he made a statement inciting the sugarcane growers not to harvest at a meeting of stakeholders in Labasa last week.

The ILO Committee on Applications on Standards said it was disappointed with Government’s failure to implement reforms agreed to in a joint implementation report (JIR) signed by tripartite partners in 2016.

The ILO also warned against the continuing harassment and detainment of trade unionists for union-related activities, and Government has been given until November this year to provide a progress report on the implementation of the JIR.