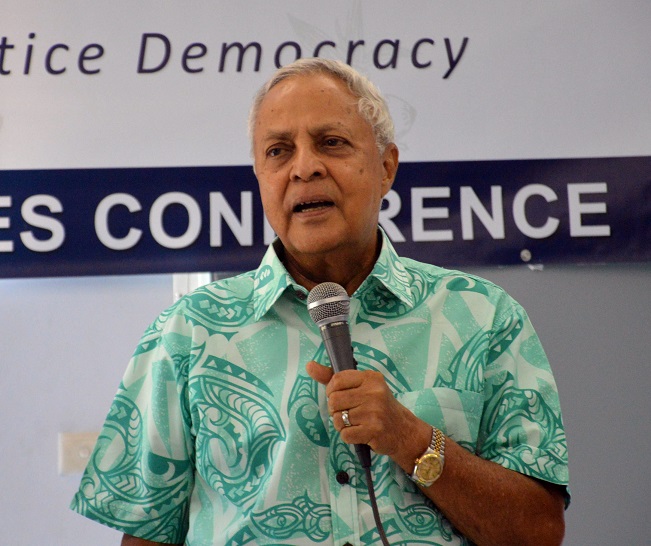 Speaking during the FLP Annual Delegates Conference in Lautoka on Saturday, Mr Chaudhry condemned the comments allegedly made by Shin about Fijians being ‘slaves’.

“There was a video that just came out of Al Jazeera about the activities of Grace Road in Fiji,” he said.

“It shows what this woman says about Fijians or of native Fijians.

“She is of course based in Korea and is saying all of these things about Fijians and yet we see there is nothing wrong they’re doing here.

“People should be outraged by what she said.

“She has the audacity to say that ‘the Fijians are our slaves’. ‘They don’t have brains’.

“We can’t let that happen and yet this Government allows them to operate here without any problems.”

Meanwhile, in a statement on Saturday night, Government said certain matters in relation to Grace Road Church were currently being handled by the Ministry of Employment and police, and “we must allow due process to take its course without the interference of Government comment”.

Government also said that they had adhered to international law by co-operating with their South Korean counterparts in past investigations, and they would continue to do so moving forward to investigate any allegations of breaches of the law.

“Any allegations of breaches of Fijian laws and workplace rules and regulations will be met with appropriate action to protect the wellbeing of the Fijian people and those residing in Fiji,” Government said in a statement on Saturday.