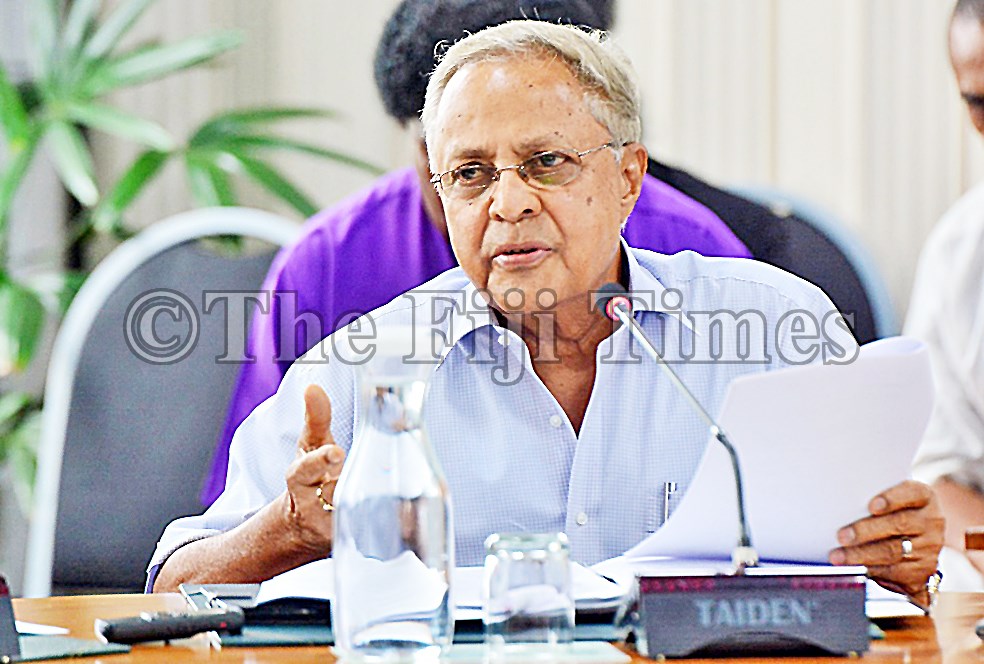 During a talanoa session, Orisi Rayaqona, a former flight attendant had asked the PM to look into their issue. He said more than 400 qualified and experienced cabin crew were sent home while the airline was conducting recruitment for new flight attendants.

In his reply to Mr Rayaqona, Mr Bainimarama had said he couldn’t do anything about it because it was out of his jurisdiction.

Mr Bainimarama said he did not interfere with any board and their management decisions. Mr Chaudhry said Mr Bainimarama’s Government had involved itself in board issues.

“I believe there are scores of cases where this Government has, over the years, issued directives to the boards of state-owned enterprises and statutory bodies — among them Fiji Sugar Corporation, Energy Fiji Ltd, Fiji National Provident Fund and Fiji Airways,” the FLP leader said.

“Surely, the least the PM could have done was to have told him that he would enquire into his request.

“And indeed he should have done so to grant justice to the long-serving former employees of the airline who are being sidelined by the newly introduced recruitment process.

“I see this as an act of victimisation of the laid off employees because they had demonstrated against the airline and criticised the Government at the time of termination of their employment.”