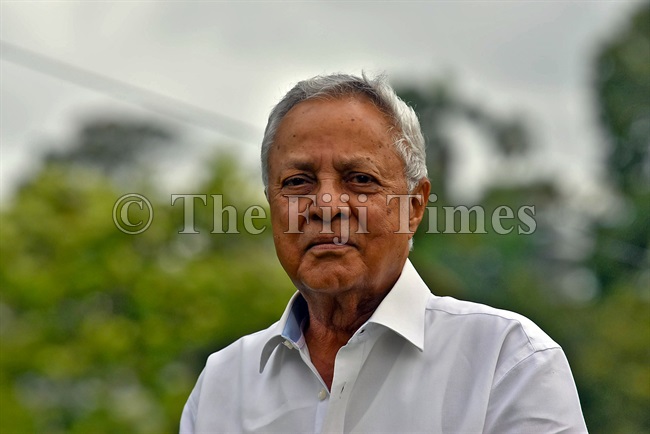 Fiji Labour Party leader Mahendra Chaudhry says Haroon Ali Shah is a party member, and has been since 1999.

He said this to The Fiji Times when asked to respond to comments made by FijiFirst party general secretary Aiyaz Sayed-Khaiyum about Mr Shah during a news conference on Wednesday evening and in a letter of complaint to Supervisor of Elections Mohammed Saneem.

The A-G said he wrote to Mr Saneem regarding the conduct of political parties and the Fiji Sun who publicised statements made by Mr Shah — a lawyer who was disbarred for eight years for professional misconduct.

In the letter, he said Mr Shah made factually false statements regarding government tender processes during a Fiji Labour Party campaign rally held at Qalitu Primary School in Lautoka.

Mr Sayed-Khaiyum also said Mr Shah “has not offered any evidence to substantiate” the statements he made, “nor denied having made these statements”.

“It is imperative that political parties and indeed those campaigning at political rallies adhere to the law, which inter-alia requires persons to ensure that they do not make false statements,” he said in the letter.

Mr Chaudhry said he would be releasing a statement later regarding the issue.