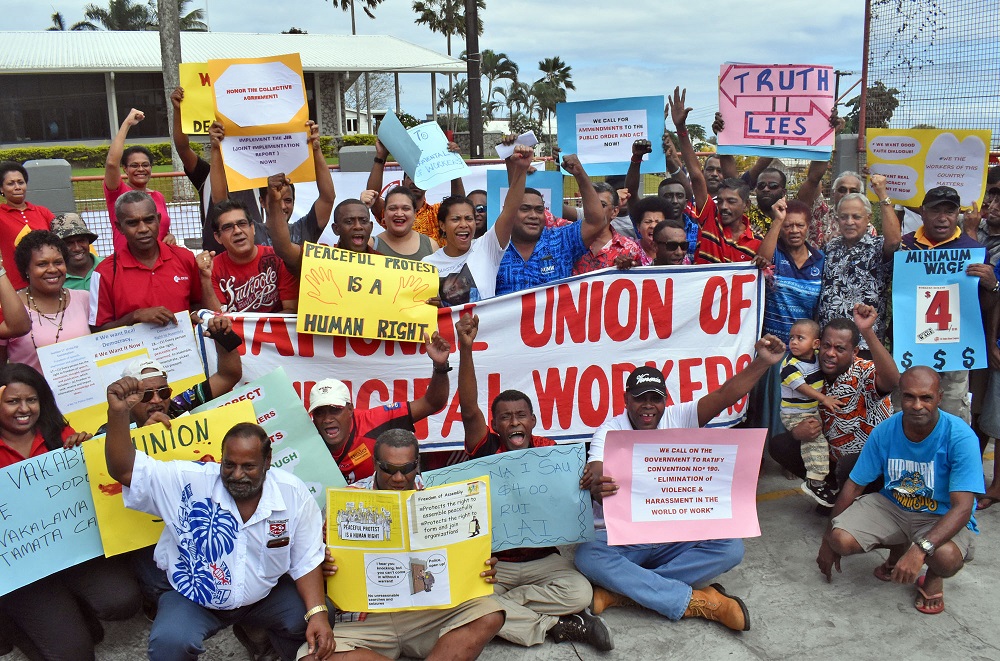 FORMER prime minister and trade unionist Mahendra Chaudhry says that United Nations’ agencies and the international community need to recognise that Fijian workers are unable to freely assemble or express their rights.

He made the comment while speaking at a Fiji Trades Union Congress (FTUC) members gathering in Suva yesterday.

He said the International Trade Union Congress (ITUC) stood behind unions in the country and it was time to involve other segments of the international community as was the case after the 1987 coup.

“Trade unions not only work for their members but for the entire society’s poor, underprivileged and for the oppressed,” Mr Chaudhry said.

“In fact, in a country where trade unions were not free, there was no democracy or freedom.

“We have been watching the ongoing fight of the unions to secure these fundamental rights for its workers.

“It has been obvious for a long time now, the people of Fiji have lost their basic rights.

“We don’t have the right to association, assembly, and expression. These are very fundamental to democracy. If you can’t assemble, then there is no freedom. It is unfortunate that the international community is not recognising this fact.”

He claimed the international community was aware of the situation in Fiji but was not strong or honest enough to do something about it and help the people of Fiji.

“This also applies to United Nations’ (UN) agencies operating in the country. For too long, they have been having it good here, they cohabit with the Government of the day and they don’t take the message of the people in Fiji to the UN headquarters back in New York.”