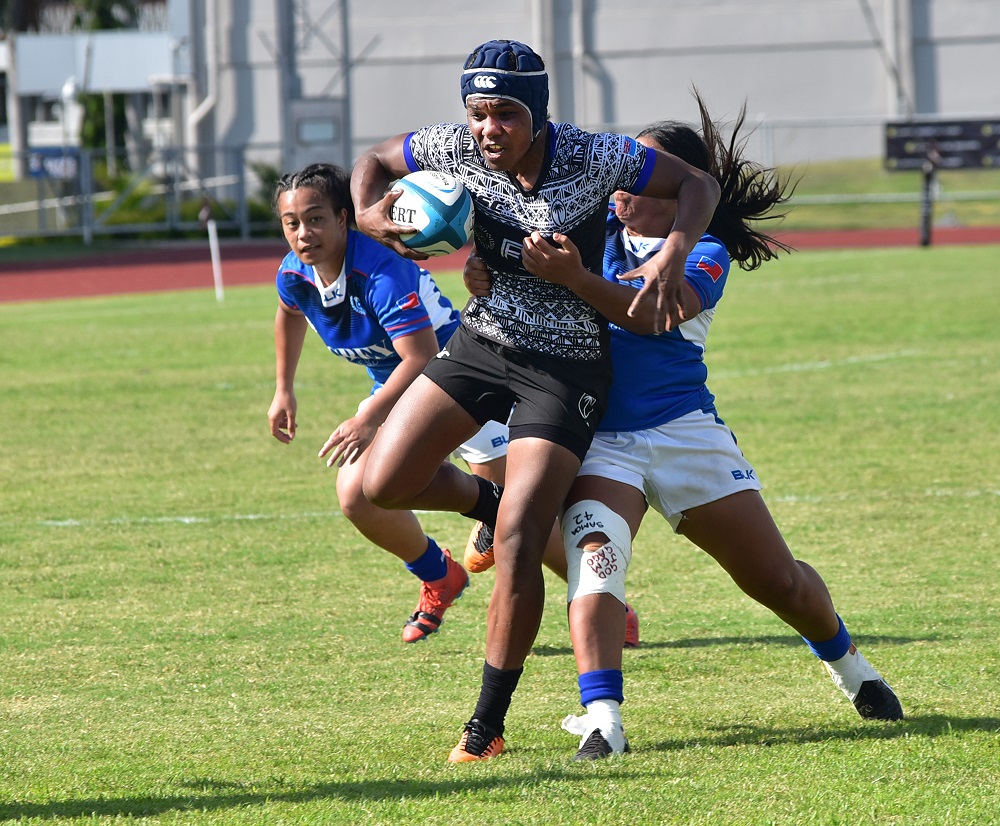 Mela Matanatabu on attack for Fijiana against Samoa during the Oceania Rugby Women's Championship at Churchill Park in Lautoka. Picture: BALJEET SINGH/FILE

CHANGING the mindset to get more women involved into rugby is one of the major obstacles that is being faced in the region.

Oceania Rugby held a workshop for women in Nadi last week which recorded 19 participants. Oceania Rugby sport for development manager Erin Hatton said they are using sport as a tool for social change.

She said the number two priority for World Rugby was women’s rugby development. “So it is a huge priority for Oceania Rugby,” Hatton said.

“I think genuinely that the Pacific region is in a different space for women’s development than any other region in the world.

“It is because women in the Pacific have been following rugby, watching rugby, understand rugby and are passionate about it already.

“I don’t think that can be said about the bulk of the women in the other regions so there is incredible readiness for women to play but of course there some cultural issues as it has not been acceptable historically.

“That is changing now and some of the work that we are doing now is changing those mindsets and attitudes.

Changing the mindset around whether women should be included in rugby in the first place. Our very strong desire is that women are involved in every part of the game both on and off the field” Hatton said there were some barriers that they needed to overcome to grow the game of women’s rugby.

“There are cultural attitudes, traditions around the role that women are expected to play,” she said.

“What activities are okay for women and not okay for them. Those barriers are perpetuated by both men and women in the community. We are currently working on a program known as ‘get into rugby plus’ and it uses tag rugby which is safe entry point.”