Change in prices – Effectiveness of our monitoring regime 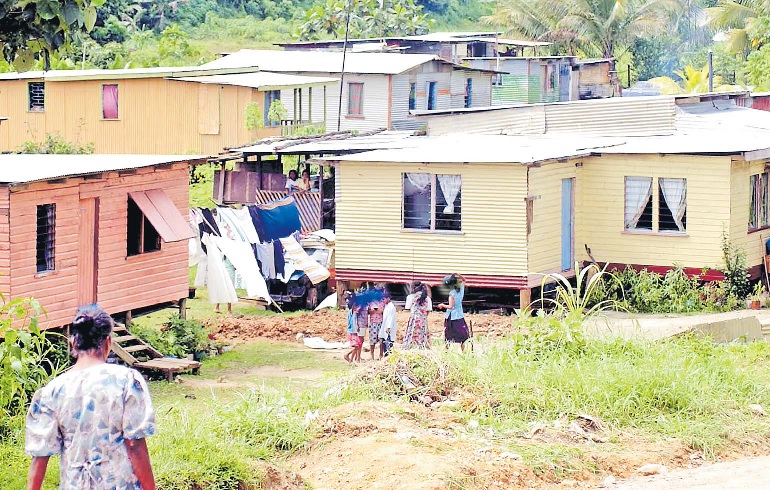 About one third of our workforce have either lost their jobs or are on reduced pay which is estimated to affect about 130,000 households. Inevitably the poor and the vulnerable will be hit the hardest. Picture: FILE

Now that the dust has settled on the much debated 2020-2021 Budget we need to move on and focus our attention on its implementation.

A lot has been spoken, written and heard about the budget, some in favour and some against.

But it is imperative to acknowledge this budget is unique in that it is primarily designed in response to an extraordinary situation thrust upon us by COVID-19 pandemic.

Nobody will disagree that the crisis has exposed the fragility of our economy to an extent and severity that was never experienced before.

Admittedly, the road to recovery is going to be long, hard and bumpy. So we need to brace ourselves for the long haul for things are going to get worse before they will get better.

The repercussions from this economic and social upheaval and its ripple effect will be felt far and wide.

Already about one third of our workforce have either lost their jobs or are on reduced pay which is estimated to affect close to 130,000 households. Inevitably the poor and the vulnerable will be hit the hardest.

It came as no surprise that according to the latest UN Pacific Socio-Economic Impact Assessment report our poverty rate stood at 24.2 per cent with 210, 963 people living in poverty (FT 23/9).

This number will increase substantially if you include families living on the margins of poverty. The downturn in business has precipitated mass dismissal of workers.

Those sent home are predominantly from the tourism industry; the prospect of its revival looks rather bleak for now.

Meanwhile nine months after its first discovery like the genie out of the bottle the coronavirus continues to wreak havoc on unprecedented scale.

But we must remain optimistic for just as every black cloud has a silver lining after every setback there is always a comeback.

Measures announced in the budget

A broad range of measures have been announced which is aimed at salvaging our ailing economy and spurring investment. Import duty has been reduced on more than 1600 tariff lines affecting as many commodities. For a range of food and household items which previously attracted 32 per cent fiscal duty are now subject to either five per cent or zero rate of duty. If you add the reduction/removal of import excise duty then the total cut amounts to 42 per cent in some cases. It is therefore anticipated that they will translate into a proportionate decrease in price for these goods so that the full benefit trickles down to the intended beneficiaries i.e. the consumers. The whole objective behind the moderation of the import tariff is to bring the cost of goods down to make them more affordable for consumers. In other words the savings will put more money in their pockets. The duty reduction is not meant to be shared between the business and the consumers. The price monitoring exercise will present a huge challenge given the magnitude and intricacies of the task at hand. To this end it is imperative for all stakeholders to work in tandem in ensuring the realisation of the desired outcome of these reforms.

The pandemic has forced many businesses particularly those associated with tourism to go back to their drawing boards and look at ways to reinvent their business models in a bid to remain relevant and adaptive to the contemporary environment. The business community has a moral duty to be more responsive to the changing needs of the market by embracing the new mode of conducting their businesses. This is not business as usual. It is time to give back to the customers for their long and loyal support. In response to the tariff cuts businesses are expected to reset their pricing formula in relation to profit margins keeping in mind the plight of the poor and the jobless. In an attempt to recoup the loss in sales revenue due to slump in business unscrupulous traders may be tempted to exploit  the loopholes to gain advantage. Our consumer watchdogs will need to vigorously monitor  the price adjustments on the movement of stocks during the transition from pre-budget to post budget on  items where duty has been removed. For some commodities it will be very diffi cult to distinguish between old and  new inventories particularly for items not under price control. This is where business ethics play a huge role.

As part of the adjustments to the new market environment the profit margins must be reviewed to reflect the savings from tariff cuts. Noticeably, markups are normally exorbitantly high where there is no or little competition. Often it has been observed that when duty goes up the price is increased immediately. But the same reciprocity is not shown when it is the other way around. A recent case highlighted by Consumer Council of Fiji where the ‘special price’ was the same as  the original price is a glaring example of the prevalence of such unethical practices. While alerting the consumers of  such dubious offers the CEO said, “supermarkets are employing a whole host of sneaky tricks to get their hands on  consumers’ hard-earned cash (FT 14/9)”. Such incidence does not give consumers much confidence of getting a fair deal. However, FCCC has applauded business firms for reducing the prices to reflect the duty reduction and exemption. This is a positive development.  According to a statement from FCCC as part of its proactive approach they have met over 100 stakeholders not just  to educate them on what they need to do, but to also get their input (FT 14/9). As part of the surveillance mechanism both agencies may wish to consider setting up a whistleblower scheme to reward informants for reporting price gouging, price-fixing and other malpractices. Other  dubious tactics such as transfer pricing can be also employed to manipulate the actual cost of the goods.

I believe in parallel with this exercise FCCC should also run community awareness campaigns to educate them of the new price structure especially where duty has been slashed by 40 per cent. When duty was waived on hybrid vehicles their landed costs were advertised by FRCS for  the information of the general public. So why can’t we do the same for basic consumer goods.  In this way they are better informed as to which items the prices have or should come down when they prepare  their shopping list. Such knowledge is crucial to empower the consumers not only to enable them to make informed  decision on their choices but it will also enhance their bargaining power. For instance, how would a man on the
street know;