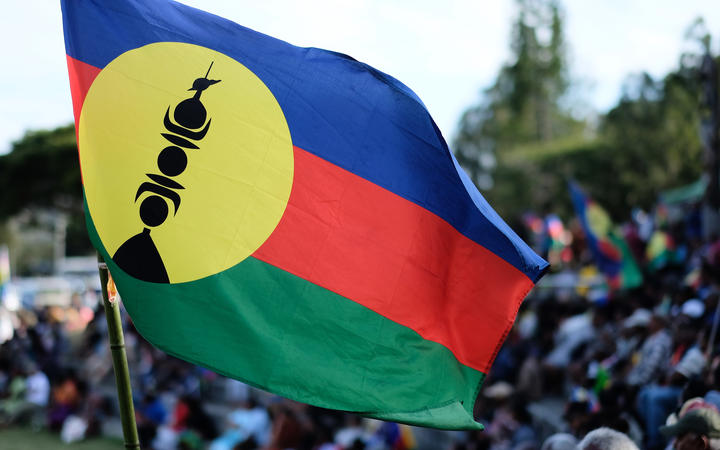 Five pro-independence politicians, who are members of the pro-independent Kanak and Socialist National Liberation Front (FLNKS), in the 11-member executive have resigned. Photo: AFP

The Kanak and Socialist National Liberation Front or FLNKS say the change in New Caledonia’s government has brought hope to the Kanak people.

On Wednesday, the Congress of New Caledonia elected a majority pro-independence government.

Now, for the first time in almost forty years a Kanak pro-independence leader could be elected president of the French territory.

FLNKS spokesperson Charles Wea said the victory had been a long time coming.

“This election result of the new government is for us a very important moment as we are preparing for the third referendum, maybe next year,” Charles Wea said.

“It is something that gives us more momentum in our struggle towards independence.”

However in order to come to power the two pro-independence groups UNI and UC FLNKS have until Monday to elect a president.

Currently there are two candidates; Louis Mapou a career politician with a strong political and public following who is being put forward by UNI.

And Samuel Hnepeune a relative newcomer to politics who was the chief executive of New Caledonia’s domestic airline Air Caledonie and who wields influence in the French dominated private sector in Noumea. He is being backed by UC FLNKS.

Charles Wea said of the two candidates, Louis Mapou had the most political experience.

However, an expert on New Caledonian politics said, regardless of who was at the helm, there were major challenges awaiting the incoming government.

Victoria University lecturer Adrian Muckle said the new administration would be inheriting a territory polarised around the independence question and a crisis in its Nickel industry all in the middle of the Covid-19 pandemic.

“There has been a lot of talk from the independentists and also from Kanak Awakening about the need to really focus not just on the independence questions but also on the really pressing, social and economic concerns,” Muckle said.

At the very top of the incoming government’s to-do-list is the passing of New Caledonia’s budget which is long overdue and must be delivered before March.

But Charles Wea said for the FLNKS coming to power after 40 years in the wilderness every challenge is an opportunity.

Wea said an integral part was to work with the French Loyalists for the benefit of all New Caledonian citizens.

“This country needs to be more Oceanic way than French way we need to bring some news things, some new hope to the population.”