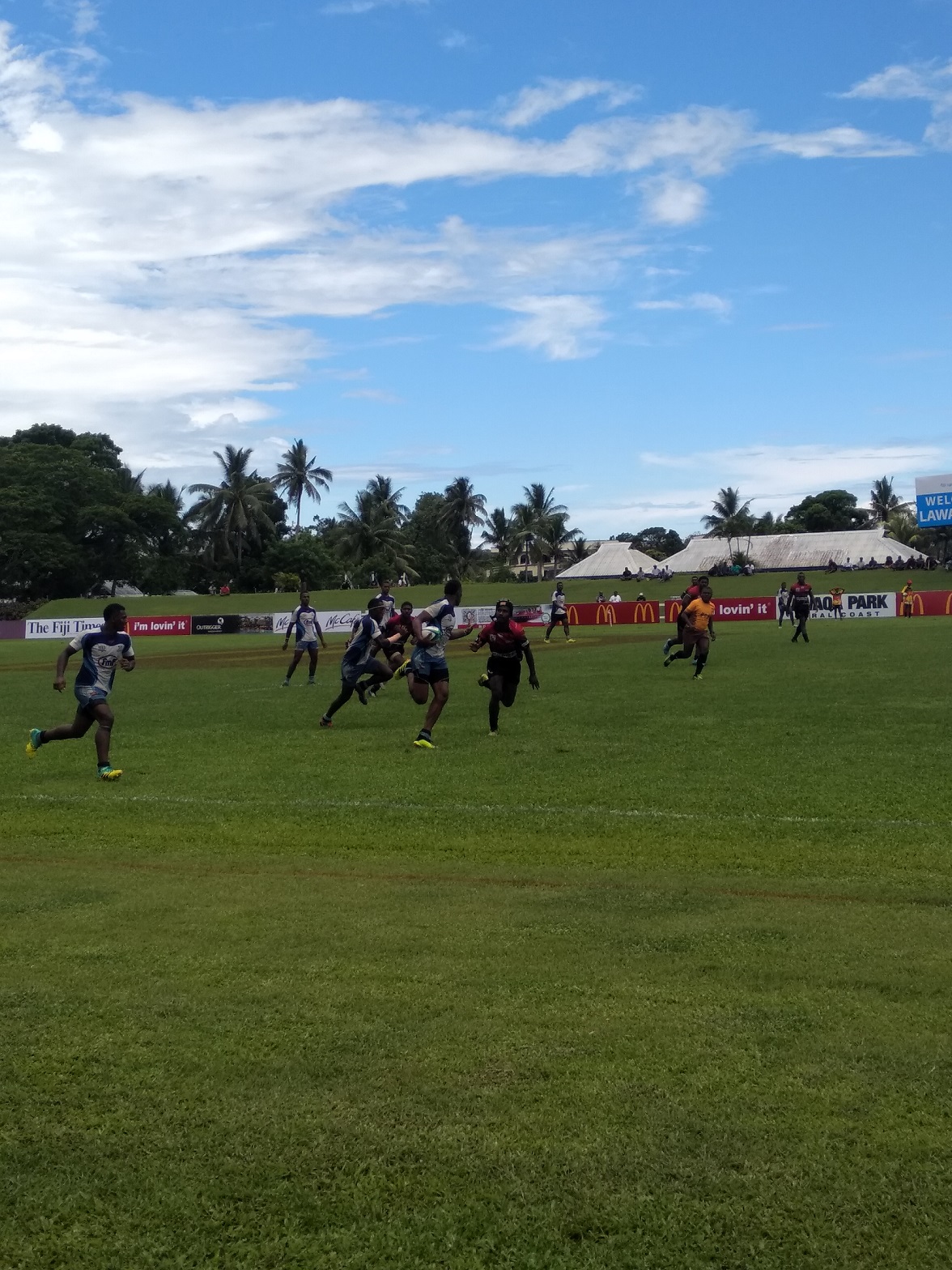 Action from the match between Tuva and Sigatoka Young Boys. Picture: MACIU MALO

Dominated by Cuvu College under 18 players, the Tuva side was unstoppable and on course to defend its crown.

Speedster Ulaiasi Naraukawa showed a clean pair of heels when he beat his opponent and outpaced the entire Sigatoka Young Boys backline to score a magnificent try.