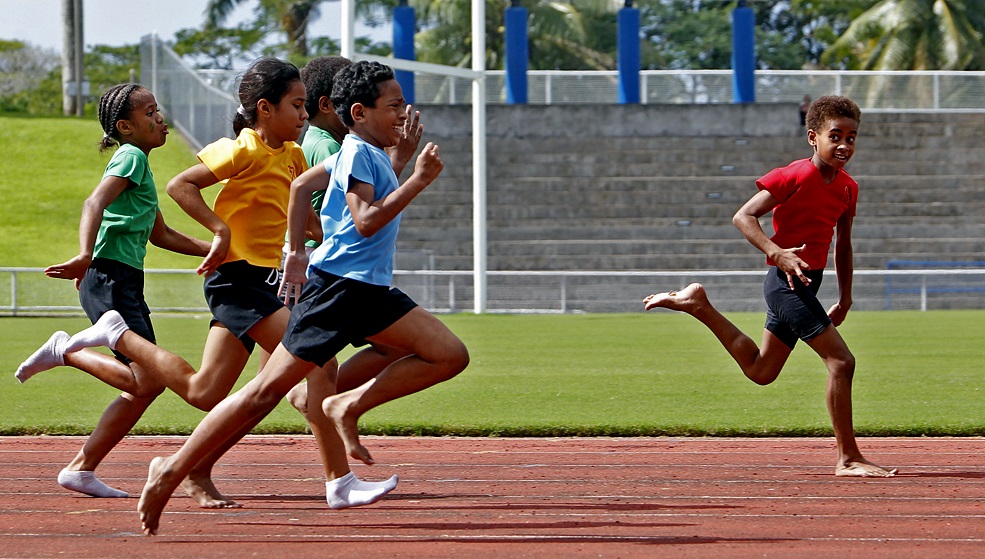 Meet manager Amerita Ranadi said the inter-house competition was to train and identify athletes who would represent the zone in the Fiji primary schools competition in August.

“The important thing is to promote wholistic education by developing the students’ athletic potential,” Ranadi said.

Some sports they aim to promote include athletics, cricket, netball, and football. The school hopes to follow a training program to supplement the students’ preparation.

“Space for athletics at the school is limited and by holding the inter-house competition at the national stadium, they are able to participate in sports such as high jump which was first introduced this year.

“The idea is to groom future national representatives that will carry the flag in any overseas tournament. We will be banking on our field events to gain gold medal in the zone.”

DGS is also the defending cricket champion in the Tailevu Zone girls division.

“Its about promoting sports.”

The school will compete in the 2019 Tailevu South primary schools athletics zone in August where they hope to retain its title.