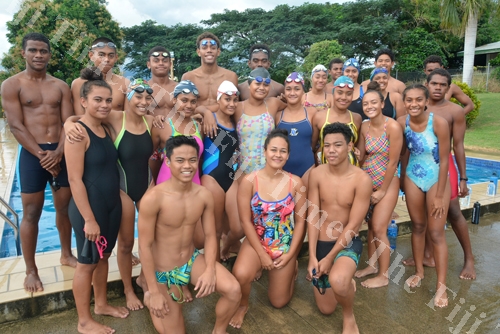 SWAMI Viveknanada College is aiming to win the Fiji Schools Swimming Champiosnhip’s girls title for the fifth consecutive year. The annual championship will be held at the Damodar City Aquatic Centre this weekend. The Nadi-based school will be sending 21 swimmers to defend the girls’ title.

Team official Vika Bakewa says defending the title will be tough, but she is confident of her team’s chances.

She said most schools would be out to stop SVC’s dominance in the pool.

“We have been winning the girls title since 2013 and we know the competition will be tough this year,” said Bakewa.

“Defending the title is not easy because all teams will want to beat us. “Saint Joseph’s Secondary School is also expected to send a strong contingent and it is going to be a hectic battle. “We don’t want to talk a lot, but will do the rest of the talking during the championship.”

Bakewa said their coaches had mapped out the team’s strategies for the event.

Meanwhile, the school has also set its goal to win the boys title from defending champion Marist Brothers High School.

He said the team narrowly lost last year and would be out to make amends this year.

“For the past two years we were beaten by one gold medal to outright winner Marist.” “We will give our best this year with the aim of bringing the boys title to the West.”

Twenty-one boys will represent the school.