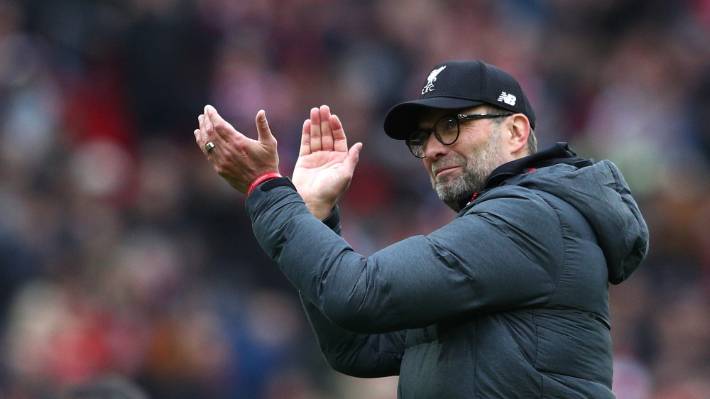 Liverpool have been given the green light to potentially seal their first English Premier League title in 30 years on their home ground after it had looked as though any decisive game could be moved to a neutral venue.

The Reds need six points to seal their first championship since 1990, and the Merseyside Police have given the go-ahead for what could be the crucial game against Crystal Palace on June 24 to be played at Anfield.

Liverpool’s EPL matches against Everton and Manchester City, both due to be away fixtures, are the only ones which might have to be played at neutral venues with police and local authorities giving approval for the rest of the initial 32 confirmed fixtures to be played on a home-and-away basis.

The Merseyside derby has been scheduled fixed for Sunday, June 21 but a venue has not been confirmed by the Premier League.

It could still be the game where the Reds clinch their first top-flight title in 30 years, if Manchester City slip up against Arsenal on June 17, but Liverpool can wrap it up irrespective of what City do if they win their opening two games.

City’s game against champions-elect Liverpool, who are 25 points clear of Pep Guardiola’s side, on July 2 is also listed as ‘venue TBC’, and had also been on the list of matches earmarked to be moved to a neutral venue.

Manchester United’s visit to Tottenham kicks-off the first full round of matches spread over four days from June 19 to 22.

The London derbies between Tottenham and West Ham on June 23 and West Ham versus Chelsea on July 1 have been approved by the capital’s Metropolitan Police. London Mayor Sadiq Khan has previously expressed misgivings about Premier League matches being played in the capital.

Speaking about the fixture announcement, EPL chief executive Richard Masters said: “I am delighted we are able to take another positive step towards the season returning in just under two weeks’ time.”