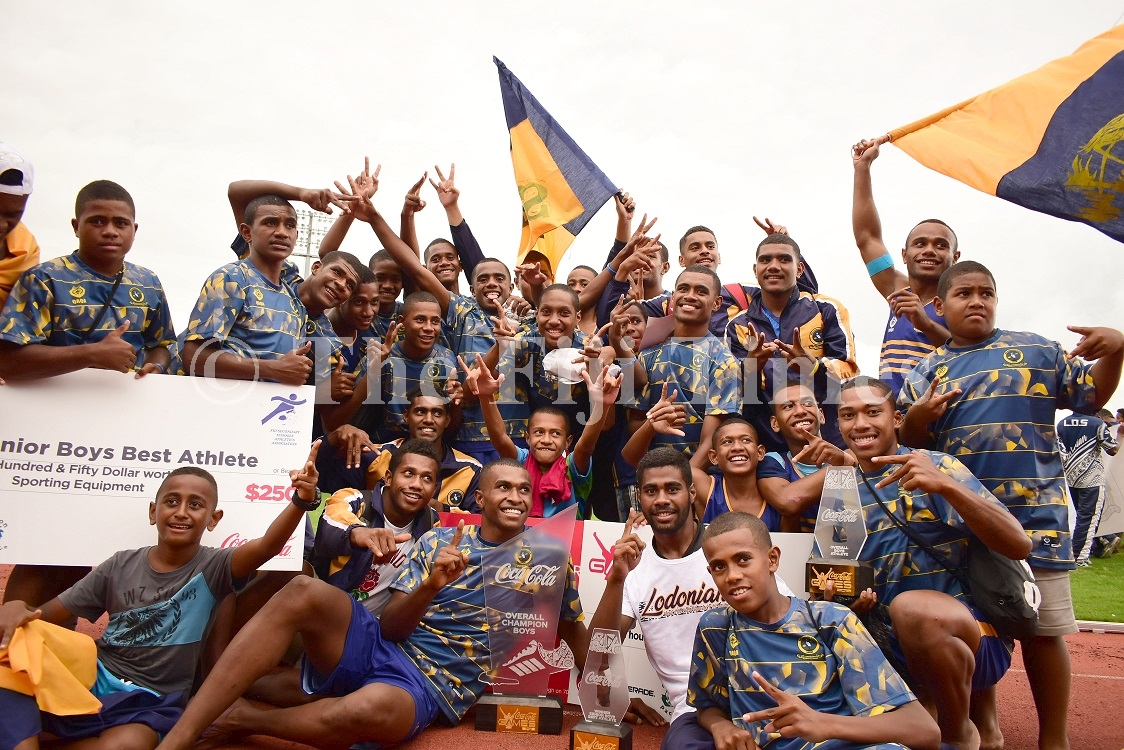 Ratu Kadavulevu School athletes celebrate after defending their title as the overall boys’ champion at the 2019 Coca-Cola Games at the ANZ Stadium in Suva yesterday. Picture: JOVESA NAISUA

DEFENDING Champions Ratu Kadavulevu School (RKS) and Adi Cakobau School (ACS) fought through the three days of the 2019 Coca-Cola Games to retain their titles of the overall girls and boys champions.

RKS team manager John Levy said the school had the goal of retaining the title once again.

“It was not easy defending our overall boys title as it came with a lot of pressure from other schools that were prepared to take us down this year.

“Everyone comes to the games with a motive to win, we also came with a goal and that was to win again and we made it,” said Levy.

Athletics Fiji technical adviser and former Olympian Albert Miller described the games as an exciting and even competition.

“Competition was very close throughout the three days and I guess ACS did exceptionally well but in the boys division it came down to the last few events where we could determine who was going to win the title and that made it more exciting.

“The competition was pretty even and really outstanding results with times and distances showcased,” said Miller.