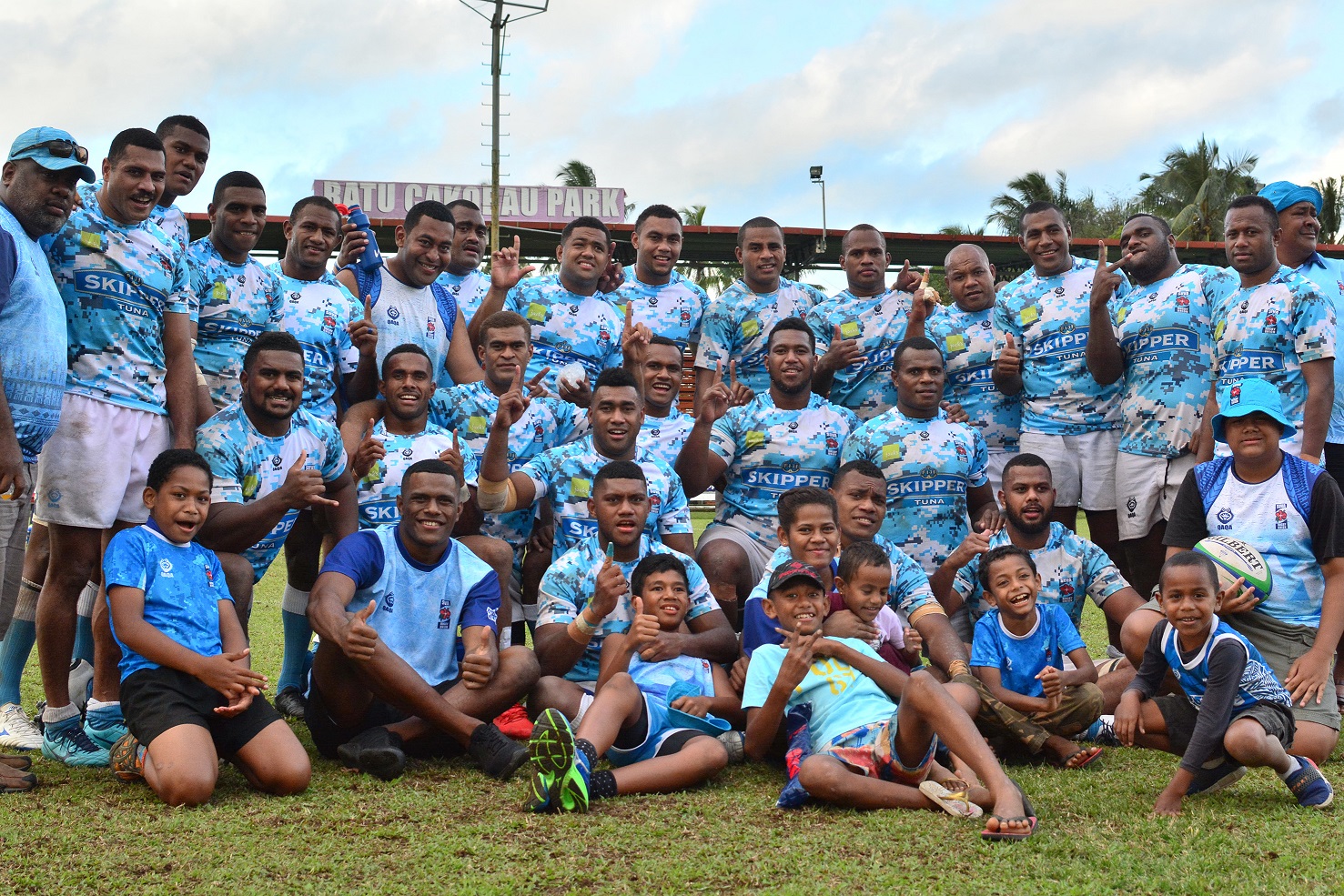 Suva coach Solo Nute said it was another milestone as the Capital City side now look forward to keeping the Skipper Cup title in Suva another year.

“We are the defending champion and that means nothing at the business end of the competition,” Nute said.

“Hard work will give results on the day and our players delivered.”

Nute said they won’t rest on their win and would focus on the final next weekend against BLK Nadroga.

“Nadi gave us a good game and showed us areas of our game we need to improve on. “We will rectify those areas before next week”.

Suva established their control early in the opening minutes with nippy halfback Peni Matawalu sniping the side of the ruck and racing away 50 metres for Suvas first points in the right hand corner of the pavilion with flyhalf Enele Malele missing his first attempt at goal.

Phase play was the name of the game in the next two tries with Suva playing patient rugby sending over lock forward Jone Delana and Flying Fijian hooker Mesulame Dolokoto for their tries in the 15th and 20th minute with Malele converting one of the tries.

Suva inside centre John Stewart was yellow-carded for a dangerous tackle in the second quarter of the first half allowing Nadi to notch its first points with a successful penalty kick from inside centre Viliame Vibote. Nadi infringed soon after 40 metres out from the uprights and fullback Setareki Raoba making the points count.

Suva got their fourth try at the dead of halftime with right lock Tevita Naqali rumbling over with Malele converting sending both teams to the break with Suva leading 27-3 Nadi were a different side coming out of the tunnel with an almost possessed performance bringing the crowd to life with two sublime tries from fullback Navitalai Tuilawa and blindside wing Tevita Mociu. Mociu also adding one successful conversion.

Nadi was on song for a third try but were penalised for not releasing the ball on the Suva 22 metre. Matawalu’s fast thinking and a quick tap sent the ball through the hands and following some brilliant support play sent outside centre Apisalome Vota racing clear for a try.

Dolokoto got his second try midway in the second spell as the Suva pack outmuscled the Nadi forwards 5 metres out.

Raoba added the extra two points the final the final nail in the coffin. Suva will host Nadroga in the Skipper Cup final next week at Ratu Cakobau Park.

Meanwhile, Yasawa have booked their spot in the Skipper Cup competition next year after defeating Ovalau 18-10 at Nasau Park yesterday.