Challenges and obstacles: The story of a boisterous blind optimist 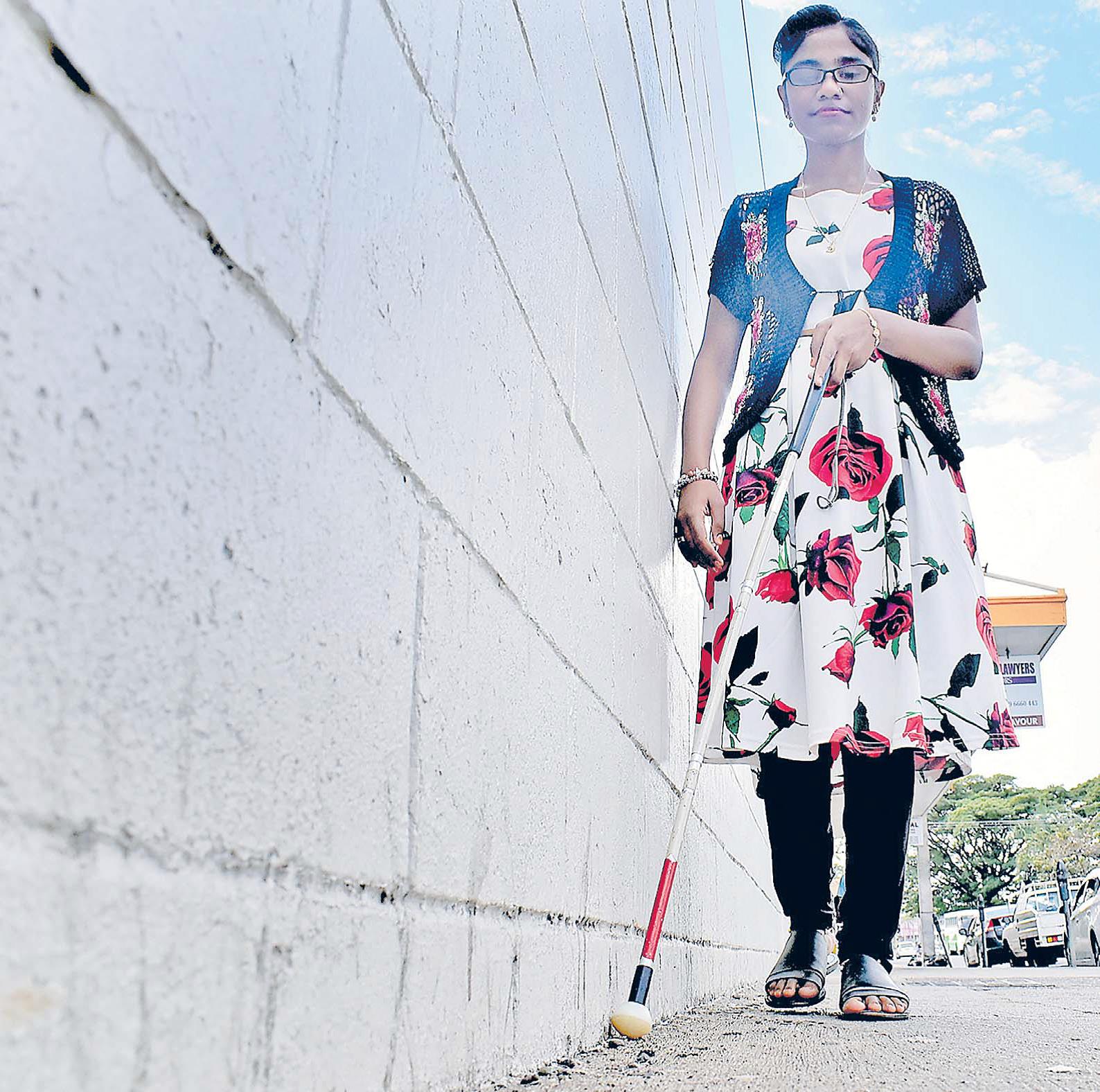 Visually impaired Shagufa Fouzmin Nisha in Lautoka. She is a step away from achieving her dream of becoming a teacher. Picture: BALJEET SINGH

SHAGUFA Fouzmin Nisha probably has overcome more challenges in life than many her age.

And unlike many her age, achieving her dreams is a little bit harder as well.

Aspiring to be a teacher, Ms Nisha was your typical happy go lucky toddler.

Boisterous and full of life, an unfortunate accident at home left her partially blind, and eventually became completely blind.

Now, 20 years later, she does not recall the accident because she was only 19 months old but was told she fell off the stairs and hurt her left eye.

Her family sought medical intervention for the next four years and even flew her overseas for treatment.

“I was sent for treatment to New Zealand and it was too late and I completely lost my eyesight,” Ms Nisha said.

“Life has been very challenging but I am a fighter and a survivor.”

Ms Nisha has her own fair share of daily challenges but she is thankful she has strong family support.

For her primary education, she attended Fiji School for the Blind in Vatuwaqa, and moved back to Nadi for secondary education at Nadi Muslim College.

A determined woman, Ms Nisha said she always attempted to explore the world with her four senses.

And she has also not stopped dreaming of becoming a teacher.

“When I joined high school, dad bought me a recorder and I recorded everything during classes so when I returned home, I listened to the recordings, and typed on the braille machine. This was how I studied until the sixth form.

“Life in secondary school was really challenging. Sometimes, students were not willing to help especially when I tried to reach out to something.

“Sometimes, the teachers too did not know how to handle a vision-impaired student but at the end of the day, I always managed to find a way out.

“After completing Year 12, I studied office administration last year and finished my certificate. I went to Indonesia with the Social Welfare team to learn how to massage, which is a skill to assist us vision-impaired people in the future if we don’t get a job.”

The trip to Indonesia gave the Nadi lass an inspiration to achieve her dream after hearing success stories of how vision-impaired people became teachers and earned themselves good careers.

She is now completing her foundation studies at the Fiji National University Natabua campus before she begins her teaching degree next year.

Despite the daily challenges she conquers daily, Ms Nisha has never given up hope.

She rents a flat at Tavakubu in Lautoka and had to move away from home in Nadi after securing a place at FNU.

Being independent, Ms Nisha cooks her own food, washes her own clothes and her only friend is her adjustable folding walking aid, which takes her from point A to point B.

“I know nothing is impossible.

“Always fight for your right, as young people, we all need to grow in life and I need to be independent.

“If I can come this far, other young people can also do that.”