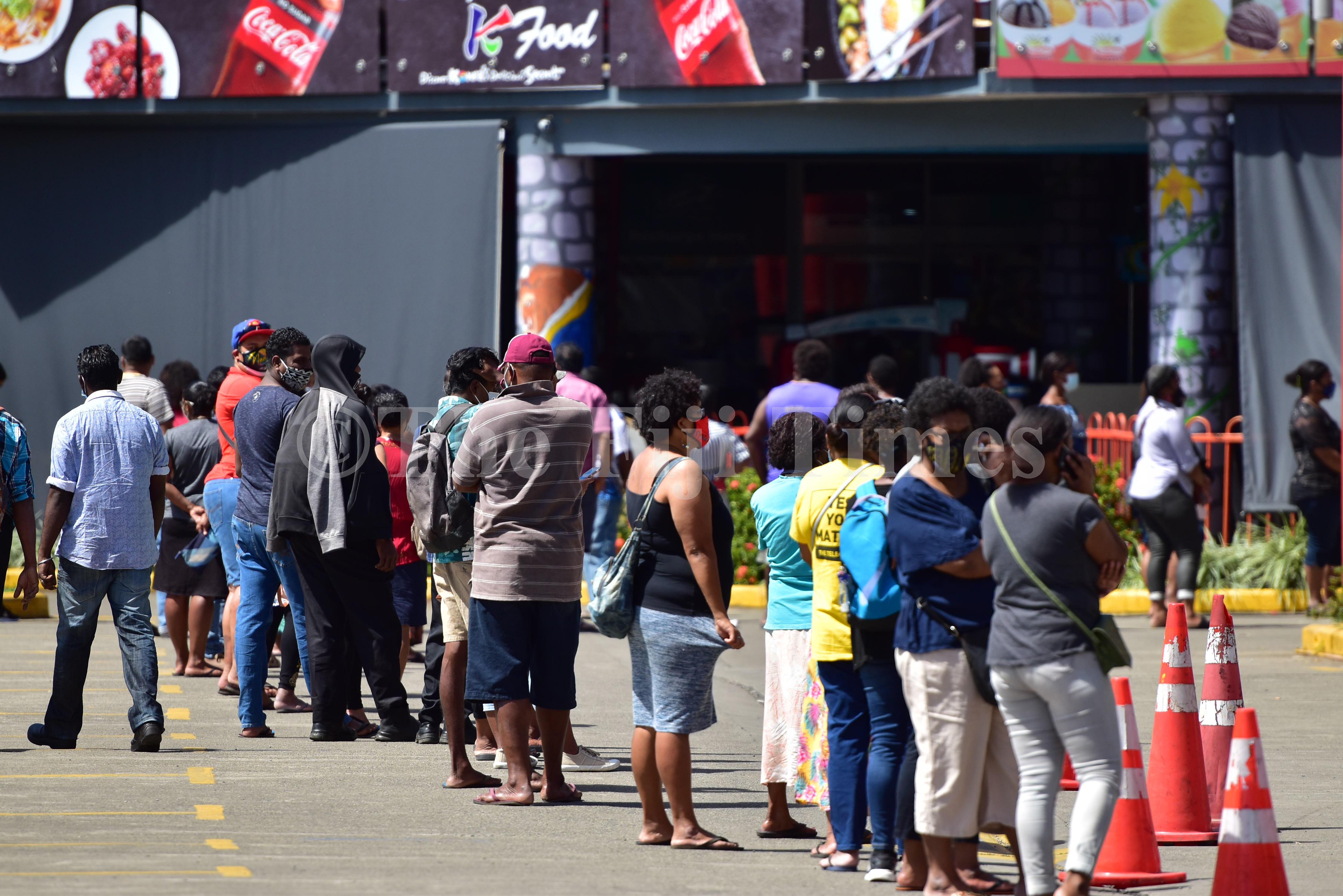 Hundreds of people brave the scorching sun while waiting to receive their $360 government assistance at the Vodafone and Digicel outlets at the Damodar City Centre in Suva. Picture: JOVESA NAISUA

For the ATH (Amalgamated Telecom Holdings Ltd) group, the negative impact and challenges of COVID-19 were the main highlights of the year.

However, according to the CEO, Ivan Fong, in many of the markets the company worked in, it was reported that telecommunications and ICT services kept the economies and communities going.

“It’s an important element, we’ve put it in many of the markets, we’ve also been required to be part of government assistance to the communities that we are involved in,” he said.

“In the Cook Islands for example, we’ve had to put in initiatives to keep people employed and also to, I guess, ease the pain of the consumers as well.

“So certain allowances and communications, especially internet allowances, were given to consumers to allow them to keep in touch with family and friends during the COVID.”

He said they were going to invest in increasing the capability and revenues of the group for the future.

“One of the things we see is data and the use of internet in the group has been especially crucial to keep things going during COVID-19.

“While revenues have been impacted, we see with the group that the growth of data consumption is still ticking along at about 30 per cent per year.

“Obviously, a lot of that, for example, in Fiji has shifted from the corporate sector to residential as businesses have had to throttle some of their daily usage and plans going forward.

“And everyone’s waiting for tourism to kick off again before there is business as usual.” He said the group was also looking at plans for expanding in other regions.

“We’re looking at consolidation and streamlining of the various acquisitions and structures we’ve made under the group, so that remains a work in progress.

“And we can say that Vodafone Fiji being I guess the blue chip by asset of the group, while being impacted, has continued to perform strongly under the circumstances as well.”

Mr Fong said ATH was serving 1.4 million people in the Pacific markets and as they bring in Papua New Guinea online, this would add around 7 to 8 million addressable consumers to the markets which the company serves.