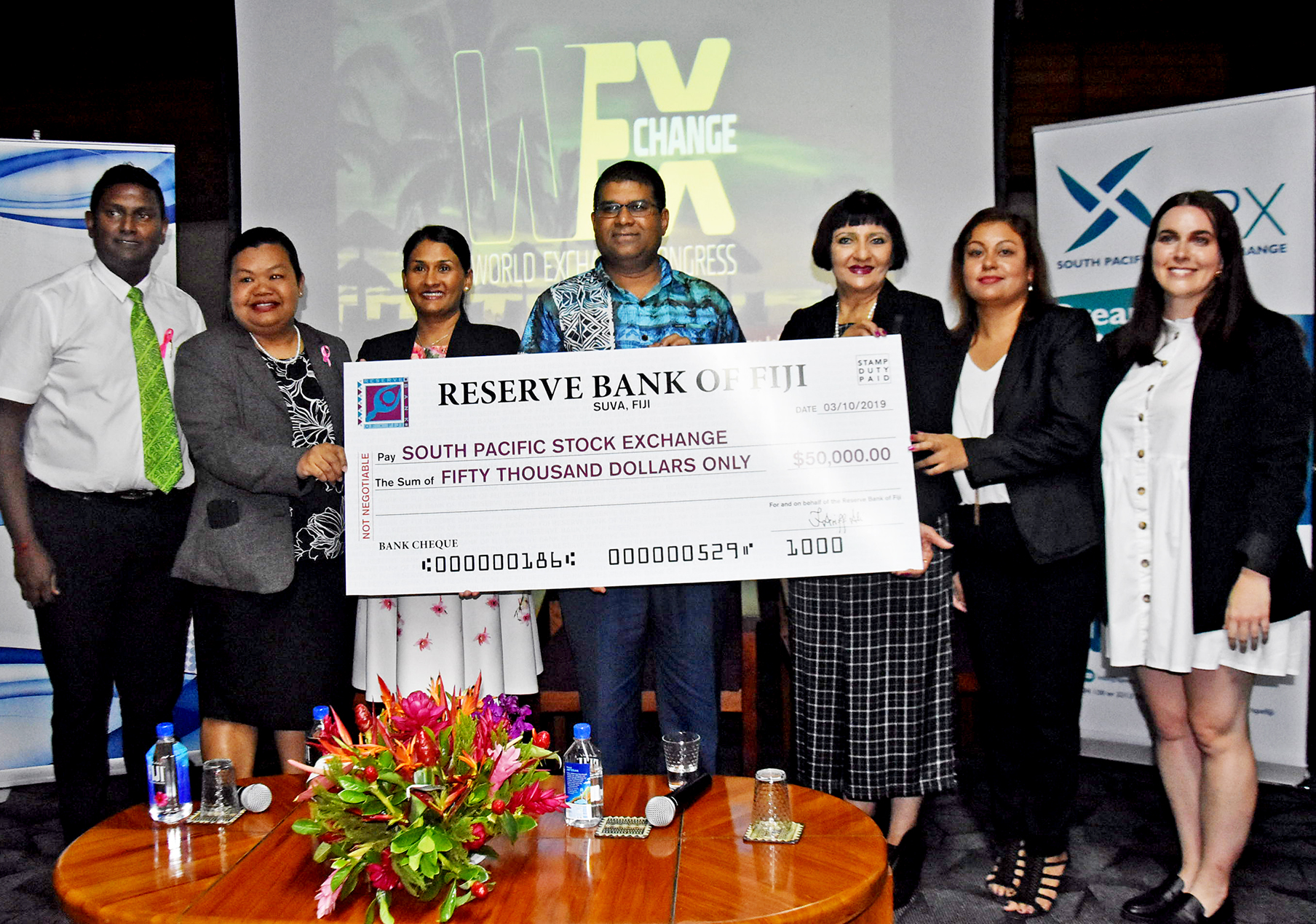 THE 2020 World Exchange Congress to be hosted by Fiji will be an opportunity for the central bank and the South Pacific Stock Exchange (SPX) to raise greater awareness on the financial market.

SPX yesterday announced the Reserve Bank of Fiji as the gold sponsor ($50,000) for the congress which will be held from June 1 to June 4, 2020 at the Sofitel Resort & Spa on Denarau Island.

RBF governor Ariff Ali said the Reserve Bank had, over the years, supported the development of Fiji’s capital markets in light of the significant positive relationship between financial market development and economic growth as supported by a wealth of empirical research and as such welcomed the progress made by key capital market stakeholders so far including hosting of the upcoming congress.

He said the successful outcome of such an event depended on the continued collaboration and unified commitment among relevant stakeholders and therefore encouraged Fiji’s financial industry players, the private sector and development partners to support the event.

SPX chief executive officer Krishika Narayan said the congress would have a whole lot of issues related to the stock exchange and capital markets, providing 450 plus delegates with the opportunity to discuss and know about how Fiji’s stock exchange functioned.

Ms Narayan said there was so much information that came out of the past two congresses that she attended and next year the SPX staff members and local stakeholders would also get the chance to talk about how our smaller stock market could be developed.

According to the SPX the eve of the main congress will feature the 2020 SPX Annual Awards offering countless reasons for the annual report award entrants and the SPX stakeholders including the licensed stockbrokers, investment advisers and listed entities an opportunity to have their efforts and hard work recognised and be rewarded in the presence of an international audience.