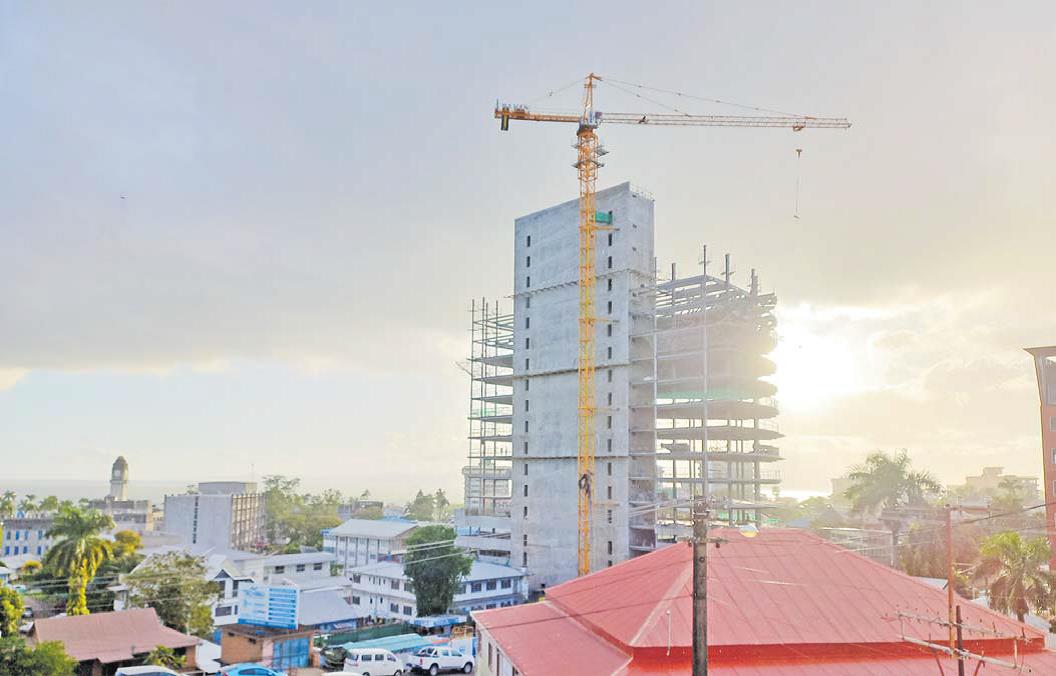 March quarter construction activity indicators point towards a rebound in activity as the number of building permits, completion certifi cates issued and value of work put-in-place increased both over the quarter and year. Picture: MONIKA SINGH

The domestic economic recovery is being supported by the rebound in tourism, says the Reserve Bank of Fiji.

In its July economic review released yesterday, the RBF showed that cumulative to June, tourist arrivals totalled 205,529, which represented around 50 per cent of visitor arrivals in the same period in 2019 with majority of the tourists coming from Australia, New Zealand and the US.

During the review period improved conditions were noted in the labour market which were in sync with the recovery in aggregate demand.

As per the RBF’s Survey recruitment intentions remained high in the first half of the year as the number of job advertisements increased by 194.1 per cent, to 3833 vacancies, mainly driven by tourism-related sectors while the higher PAYE collections and the increase in formal employment, as per the Fiji National Provident Fund data validated the jobs survey results.

The economic review further highlighted a broadly low interest rate environment persisted as liquidity levels in the banking system remained high — $2.3 billion as at 29 July — largely on account of higher foreign reserves inflows and uptake in the level of RBF’s special lending facilities.

Private sector credit growth improved further to 3.0 per cent in June as commercial banks’ continued to lend to business entities and households.

In the year to June, collections for Pay As You Earn (PAYE) grew by 12.3 per cent and Net Value Added Tax increased by 61.0 per cent along with total vehicle registrations which grew by 44.0 per cent which corroborated with the annual growth of 58.4 per cent in commercial banks’ new lending for consumption purposes over the same period.

During the review period other sectoral outputs noted mixed movements and in the first half of the year, sugar, electricity, cement, mahogany, and sawn timber production recorded annual growth while gold and woodchip production fell.

Aggregate demand picked up supported by improvement in consumption activity as denoted by partial indicators.

The RBF highlighted that construction-led investment spending was recuperating but remains subdued relative to 2019 levels while domestic cement sales and new lending for investment purposes rose cumulatively in the first six months.

March quarter construction activity indicators point towards a rebound in activity as the number of building permits, completion certificates issued and value of work put-in-place increased both over the quarter and year.

However, the impending general elections, rising costs and supply chain bottlenecks are likely to delay planned construction activities till next year.