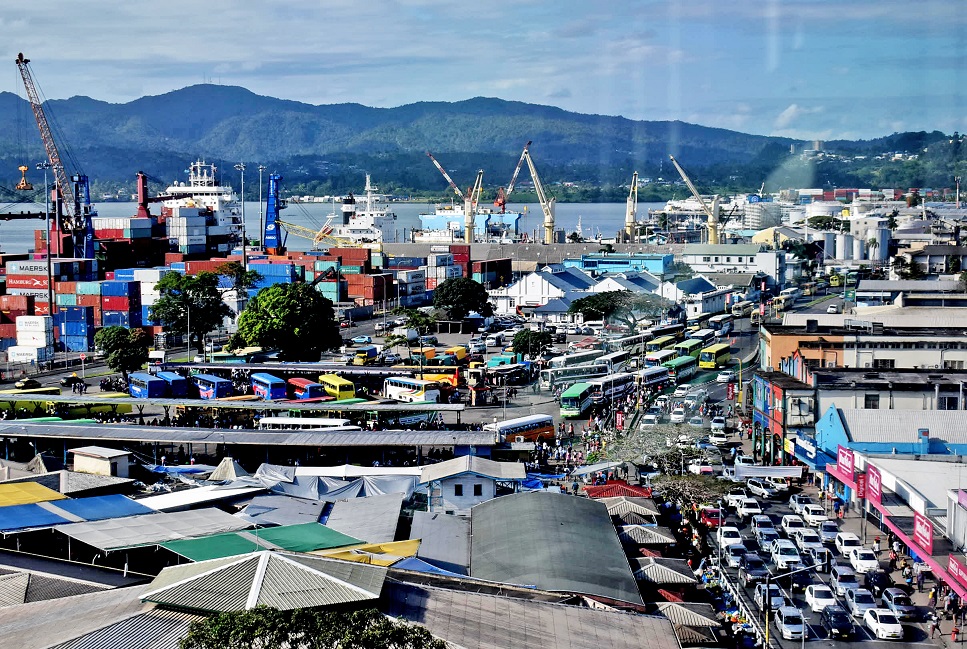 Fiji'a growth projection for 2019 has been downgraded. Picture: JONA KONATACI

Economic growth projection for Fiji has been downgraded from the 2.7 per cent projected earlier in May this year to 1.0 per cent.

Reserve Bank of Fiji governor and chairman of the Macroeconomic Committee Ariff Ali said growth was expected to pick up to 1.7 per cent in 2020 as both domestic and global economic sentiments were expected to improve.

Mr Ali says the revised lower growth forecast for 2019 is based on latest available information and reflects the moderation in both domestic and global economic activity.

Mr Ali said consistent with developments so far, most sectors were expected to decelerate relative to earlier expectations.

He said growth in the manufacturing sector had been downgraded as a result of subdued sugar output and lower growth expected for textile and mineral water production while higher operational costs underpinned the contraction anticipated for the transport and storage sector.

He said the expected contractions for the forestry and mining sectors was attributed to envisaged lower pine output and consecutive declines noted in gold production in the year to September.

University of the South Pacific’s senior lecturer in economics Dr Neelesh Gounder said given the weak economic recovery expected for 2020, the Government did not have many options here.

Dr Gounder said the Government cannot provide further stimulus since it had been in tight fiscal situation beginning from November last year.

“As the debt increases, the government will spend more of its budget on debt related costs and less will be available to invest in areas that are important to economic growth.

“This will continue unless Government revenue increases behind higher economic growth.

“The only option available is to continue with broader structural reforms hoping to add to recovery and growth in the short to medium term.

“These reforms must include efforts to bring back business and investor confidence.

“In addition, the Government needs to get its political act together and seeing to be working with the opposition to create political confidence which is needed to boost economic confidence,” he said.

Dr Gounder said with lower capital spending in the 2019-2020 budget, monetary policy was relied upon to bear the burden of supporting growth this year.

“However, with commercial banks’ new lending for consumption purposes shrinking by around 6 per cent for the third consecutive month in September shows the limit of monetary policy amidst reduced business and consumer sentiments.”