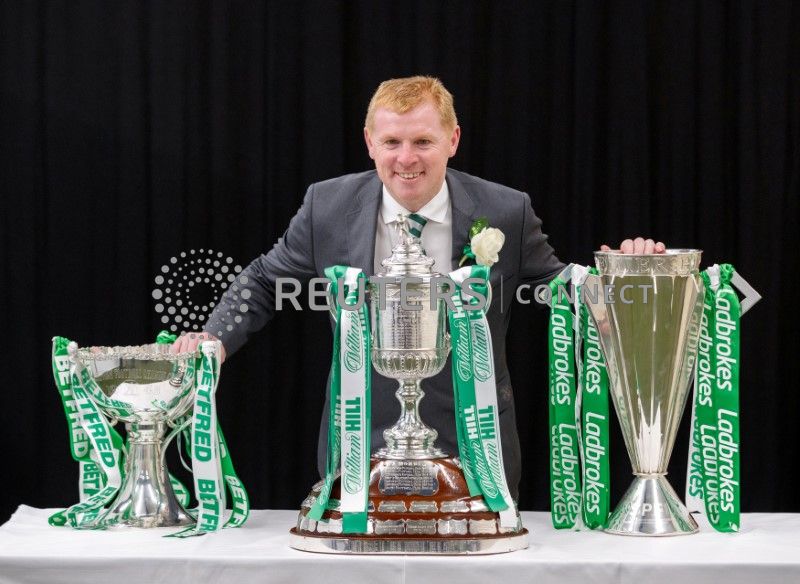 (Reuters) – Celtic confirmed Neil Lennon as their permanent manager on a 12-month rolling contract after the Northern Irishman helped them secure an unprecedented ‘treble-treble’ this season, the Scottish club said on Friday.

Lennon, 47, began his second spell in charge of the club on a short deal until the end of the campaign after compatriot Brendan Rodgers left to take over at Premier League side Leicester City in February.

The former Celtic player helped them win an eighth straight Scottish Premiership title and the Scottish Cup, completing a sweep of all domestic trophies for a third straight year after Rodgers had delivered the League Cup before his departure.

“It’s a massive honour to be named Celtic manager again. I had always dreamed of returning to this role on a permanent basis,” Lennon told the club’s.

“I’m absolutely delighted to once again be part of one of the biggest and best clubs in the world — an institution which really does mean so much to me and one which has always been such a huge part of my life.

“I was delighted with the way the players stuck to their task and delivered another historic success, which is unlikely to ever be repeated.”

Lennon joined Celtic as a player from Leicester in December 2000 and went on to make 304 appearances for the club. He won five Scottish league titles with the club and steered them to two more as manager during his spell in charge from 2010-14.