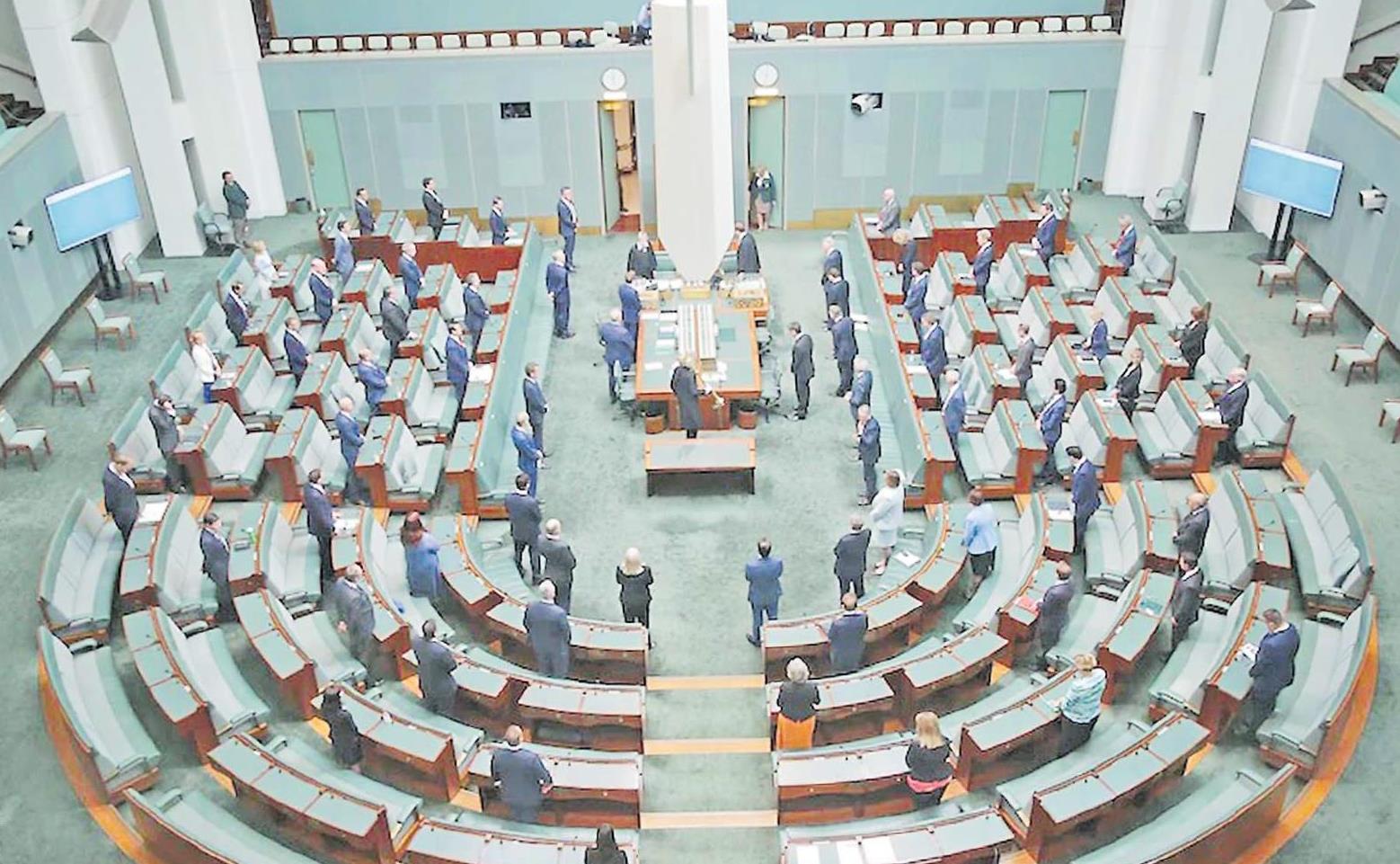 The parliamentarians were concerned that groups already hostile to foreign aid could easily latch onto a narrative which portrayed Australian citizens as being neglected during a time of crisis. Picture: ABC

In the aftermath of the onset of COVID-19, a new political consensus is forming around Australia’s aid program. That is the key finding in a published article, based on research with Australian parliamentarians conducted in the middle of 2020.

We have labelled this emerging political equilibrium the ‘cautious consensus’, in part to distinguish it from the earlier ‘golden consensus’ period in Australian aid, but also as a way of conveying its guiding principles: incrementalism, circumspection and pragmatism.

These characteristics derive from the tension at the heart of the “cautious consensus”: the challenge of balancing the growing recognition amongst politicians of the increased need for aid at a challenging and competitive time in our region, against fears of a domestic backlash in response to any noticeable expansion of the aid budget.

Regular readers of Devpolicy will be familiar with the idea that the history of Australia’s aid program divides into three clear eras. For three decades from the early 1970s, aid policy was largely an afterthought, deprioritised equally by Labor and Coalition governments.

In the mid-2000s, however, this changed as a decade-long “golden consensus” saw aid spending increases average 7 per cent annually, in real terms.

Initiated by the Howard government, and extended under the Rudd and Gillard governments, the second era was defined by a bipartisan commitment to growing Australia’s aid budget towards a 0.5 per cent of GNI (gross national income) target.

This period of rapid growth did not last though. The election of the Abbott Coalition government in 2013 marked the beginning of a third era, which saw aid budgets progressively cut.

Aid was a political issue during this period, with the cuts heavily criticised by the Labor opposition. By the time COVID-19 hit in 2020, Australia’s aid spending levels were hitting all-time lows.

But the politics of aid is shifting, both domestically and internationally, and after two decades of volatility, data obtained from our interviewees—19 parliamentarians representing both major parties and all states of Australia, as well as six other experts—suggests the onset of a fourth, more stable, era of Australian aid.

When we asked parliamentarians about the future of Australia’s aid program in the context of COVID-19, three key priorities emerged.

First, respondents were keenly aware of the need to balance humanitarian needs and Australian interests. There was a broad sense amongst parliamentarians that aid was still important. Many MPs expressed concerns about humanitarian challenges in the region.

A Labor MP, for example, said that in a context of COVID-19 in the region, “(Australia) should be a very generous and humane country that doesn’t cut back their foreign aid but looks to enhance it”.

Beyond these humanitarian concerns, Australia’s own health security and stability was an issue that galvanised all the MPs that we interviewed.

They expressed concerns about outbreaks in the region spreading to Australia, and the impact on Australia should neighbouring countries became more unstable because of COVID-19.

Second, parliamentarians on both sides of the political aisle were concerned about China’s growing influence in the region.

For example, a Liberal MP reflected that “China may use (the pandemic) as an opportunity to build their institutional presence in these countries (in the region)…my concern is how are they misusing the crisis to do that”.

Participants felt that there was little appetite in party rooms, both Labor and Coalition, for reducing Australia’s influence in the region in a time of expansion of China’s influence.

Third, almost all the parliamentarians involved were also concerned about a domestic backlash against the aid program in a time when many Australians were struggling with job cuts, lockdowns and COVID-19.

Public opinion polls suggest that there may not be a broad shift in Australian attitudes towards aid since the beginning of the pandemic.

Yet parliamentarians were concerned that groups already hostile to foreign aid could easily latch onto a narrative which portrayed Australian citizens as being neglected during a time of crisis.

For example, a Liberal MP felt that backbench MPs would be receiving negative public responses to any increases in the aid budget.
“I can guarantee you this,” he said, “what (backbenchers) will be hearing is people are doing it tough. I’ve lost my job. The unemployment rate has doubled from 5 per cent to 10 per cent and you’re giving millions of dollars overseas. What the hell are you doing?’”

As foreshadowed earlier, there is an inherent tension within these priorities. On the one hand, many parliamentarians pointed towards a shift in the politics of aid, away from the partisan aid cuts and criticisms of the past decade, towards a growing consensus that aid commitments were important in times of instability and regional contest for influence.

Yet, on the other hand, they were keenly aware of the need to avoid a backlash against aid from segments of the Australian public. In essence, the first two priorities put upward pressure on aid spending, while the third priority adds downward pressure.

Awareness of this tension helps us to make sense of recent government decisions around aid commitments.

For example, the aid budget envelope has been communicated in a confusing and ambiguous manner recently.

Last year, there was a 9 per cent increase in the aid budget compared to the previous year (one of the largest ever increases), yet this was given little media attention, and was deliberately bracketed off from Australia official aid spending estimates.

The government was effectively saying “nothing to see here”.

Then, in communicating the 2021–22 aid budget, the government suggested it could achieve two incommensurate objectives at once: on the one hand it was “freezing” aid spending, while on the other, it was increasing aid to the region.

In contrast to the “golden consensus” period, any increases in aid spending during the “cautious consensus” will likely receive limited fanfare, be oriented primarily towards national interest, and be implemented by a department with less expertise and capacity in aid programing.

And, while we may see modest increases in aid volume, a combination of fear of public backlash, national interest framing, and limitations of capacity and oversight, present significant dangers for the future quality and effectiveness of Australian aid programing.

Finally though, being based in fear and national interest rather than idealism, a new “cautious consensus” may ultimately prove more durable than the “golden consensus”.

Disclosure: This research was undertaken with support from Save the Children and the Australian Regional Leadership Initiative. The views are those of the authors only.