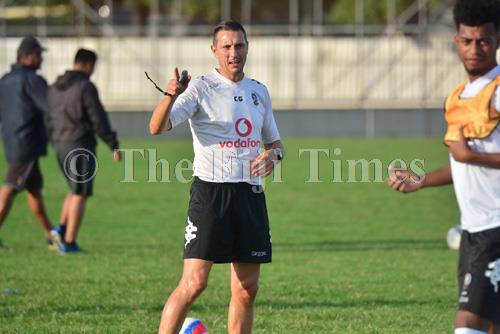 FURTHER fuel has been added to the Fiji football national men and women’s teams with the announcement of cash incentives for players if they return with gold medals from the 2019 Pacific
Games in Samoa.

“If our teams return victorious, each player will be awarded a bonus of $1000,” confirmed Fiji FA chief executive officer Mohammed Yusuf.

Yusuf made the announcement during the farewell dinner for the women’s national team at the Fiji Football Academy in Vatuwaqa, Suva on Wednesday night.

The team is the top seed in the women’s competition.

“We commend the work done by coach Marika Rodu and the team in preparing the girls.

“The team is also to be commended for sacrificing eight weeks in their preparation and maintaining their discipline throughout the camp.”

The national women’s team of 23 players is traveling with the men’s team which has 21 players after two players were dropped because of disciplinary issues.