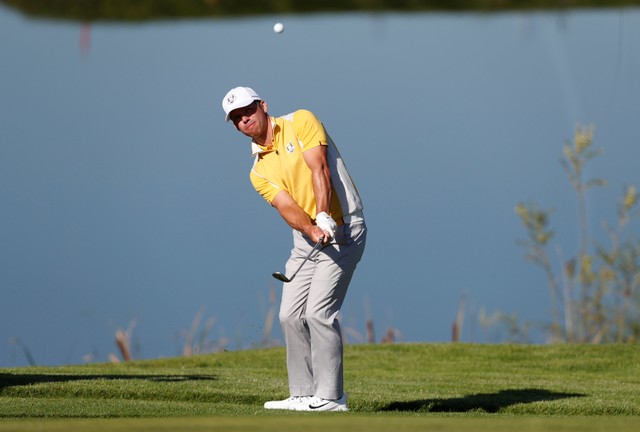 PARIS (Reuters) – Englishman Paul Casey has been waiting a decade to return to Europe’s Ryder Cup team and is determined to savour everything during his week at Le Golf National.

He was surprisingly omitted by captain Colin Montgomerie in 2010 at Celtic Manor and missed out again in 2012 and 2014 after struggles with form while two years ago he ruled himself out because he was not part of the European Tour.

“It’s very special. I think I’ve got more of an appreciation this time around. I’ve taken notes this week and tried to really pay attention to how special this is,” Casey told reporters on the even of the match against a powerful American team.

“Ryder Cups in the past have gone so quickly, I just want to make sure I remember this. You know, at 41, I don’t know how many opportunities I’m going to get to play another European-based Ryder Cup. I don’t want this to be my last.

“But plain and simple, at 41, it’s got a chance that it is. So I just want to make sure that I pay attention to it and enjoy it, deliver points and play my heart out.”

Casey’s last taste of a home Ryder Cup was at the K Club in Ireland in 2006 when he famously won a foursomes match alongside David Howell with a hole-in-one.

He said in the 12 years since the event has grown in scale.

While Casey admits an American team featuring nine major winners, including a resurgent Tiger Woods, looks better on paper, he thinks home crowd advantage can be crucial as Europe attempt to reclaim the trophy.

“The noise will be a good thing. As a team, we’re ready to embrace it and we know that the vast majority of that noise is for us, which is a massive advantage,” he said.

Casey is one of three players aged 40 and over in the team, alongside Henrik Stenson and Ian Poulter while the likes of Justin Rose and Sergio Garcia are grizzled Ryder Cup veterans.

Europe also boast five rookies, although Casey played down any suggestion that could be a disadvantage.

“They are already incredibly accomplished.”

While Casey is thankful to be getting another Ryder Cup chance and is enjoying the grandeur that goes along with the event, he says it will feel hollow if Europe lose.

“I think it’s fairly black and white. It’s why we’re here, is to win,” he said. “It’s all about the result at the end of the day. That’s all that matters.”