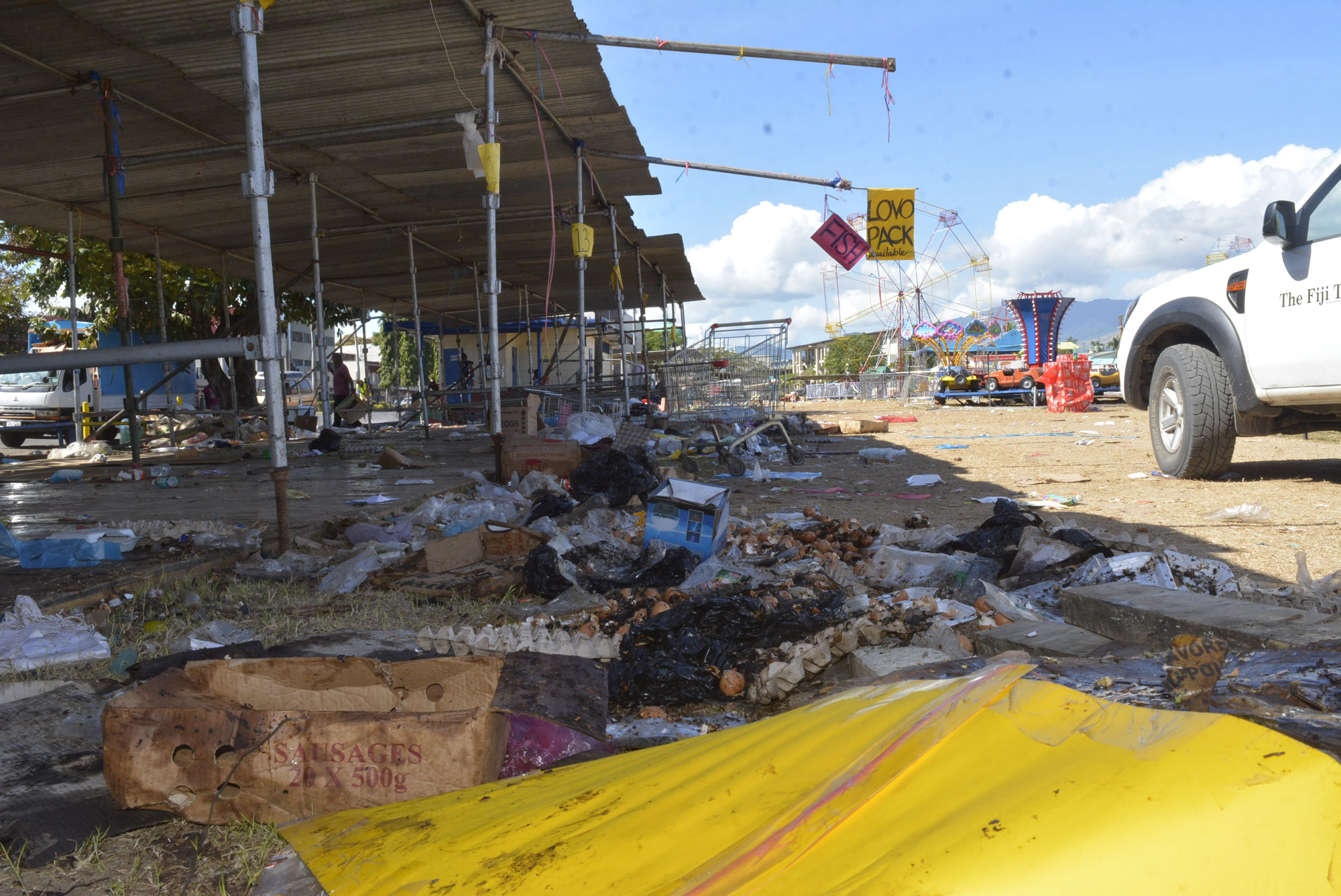 Lautoka’s Churchill Park Carnival Grounds was an eye sore yesterday with mounds of trash was littered across the park. Picture: REINAL CHAND

LAUTOKA City was a far cry from its green city tag yesterday after the Churchill Park ground was home to tonnes of rubbish left behind by people attending the final night of the Fiji Airways Farmers Carnival.

Mounds of plastic bottles, takeaway packs and leftover carnival food could be seen all over the deserted park where Lautoka City Council workers slaved under the Western heat trying to get rid of the waste.

Business stalls were also packed with rubbish that was not cleared by its owners while barbecue stands were stained with grease and stale egg shells.

LCC chief executive officer Jone Nakauvadra said the issue was a reoccurring problem for the council. “The problem is there is no civic pride,” he said.

“People come and just throw their rubbish anywhere they please.

“We are doing our best to keep the city clean and when it’s festival season, we expect people to be more responsible.

“Stall owners have to dispose their rubbish properly and members of the public need to use the rubbish bins available to them.”

“If they don’t see any bins nearby, they can always pack in plastic bags and carry it with them until they find a bin.”

He said contractors tasked to clean the park had been given two days to clean out the waste.