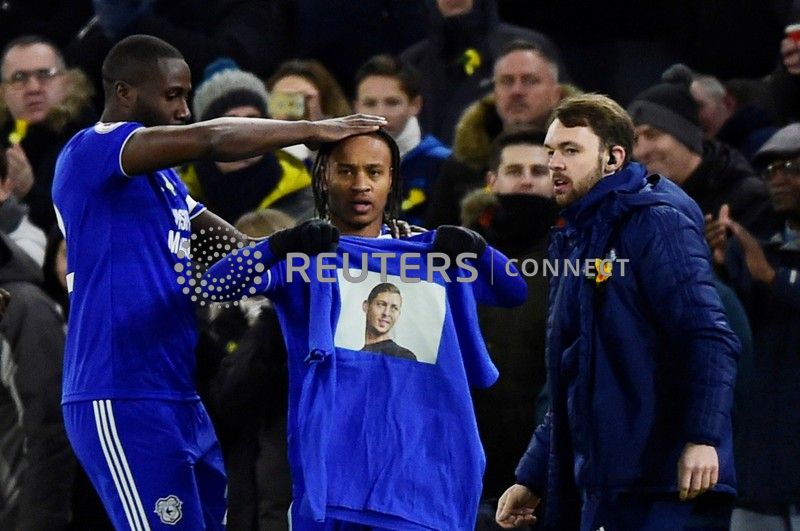 (Reuters) – Cardiff City players honoured striker Emiliano Sala, who is missing and believed to have died in an airplane accident as he flew to join the club, by holding up a T-shirt bearing his image following their early goal against visiting Bournemouth on Saturday.

Cardiff took the lead in the fifth minute of the Premier League tie when Bobby Reid slammed home a penalty, and the players ran to collect a T-shirt featuring the 28-year-old Argentinian striker.

Sala went missing on Jan. 21 when the plane carrying him from France disappeared. A privately-funded search for the missing aircraft is due to start on Sunday.