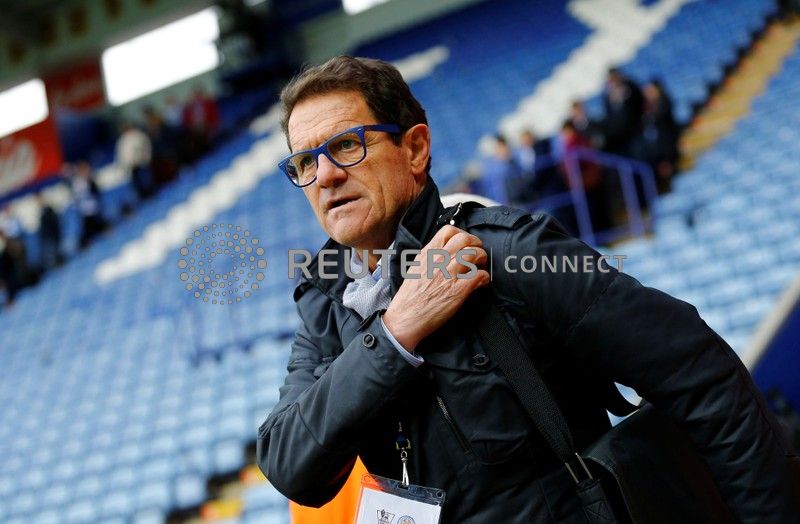 MILAN (Reuters) – Footballers in Italy’s Serie A should stage sit-down protests on the pitch if there is racist chanting during a match, former Juventus, AC Milan and Real Madrid coach Fabio Capello suggested on Monday.

Italian football has struggled to stop racist behaviour by fans and the problem returned to the spotlight on Boxing Day when Napoli’s Senegalese defender Kalidou Koulibaly was taunted during a match against Inter Milan at San Siro.

Napoli coach Carlo Ancelotti said his team would walk off the pitch if there was a repeat, leading to a debate as to whether teams should take the law into their own hands.

Inter were ordered to play two home matches behind closed doors but Koulibaly also banned for two games, after being sent off for dissent late in the game, sparking criticism that Serie A punishes the victims as much as the culprits.

Ancelotti blamed Koulibaly’s loss of temper on the treatment he received from the crowd.

“The players should sit down on the pitch, and they shouldn’t be punished for doing it,” Capello said in a radio interview with state broadcaster RAI.

“That would help the fans who are behaving and want to watch football and force those guilty of animal noises to stop and feel ashamed of what they’re doing.”

Capello, who also coached England and Russia during his long career, added that the hardcore ‘Ultras’ had too much power in Italian football.

“Italy is the only place where the ultras run the show and the players go the curve (stands) to wave at them,” he said.

The 72-year-old added that “85 to 90 percent of Italian fans are important — not these gentlemen with their banners, slogans and too much power given to them by the clubs.”

Match officials in Italy are expected to report racist incidents to public security officials who have the power to stop games, although that did not happen during the Inter-Napoli match.

The guidelines were introduced in 2013 after the AC Milan team walked off the field during a friendly match in protest at racist insults aimed at several of their players.

There was another outcry two years ago after Ghanaian player Sulley Muntari was booked and then sent off after complaining about racist abuse while playing for Pescara at Cagliari.