Can’t keep a good man down 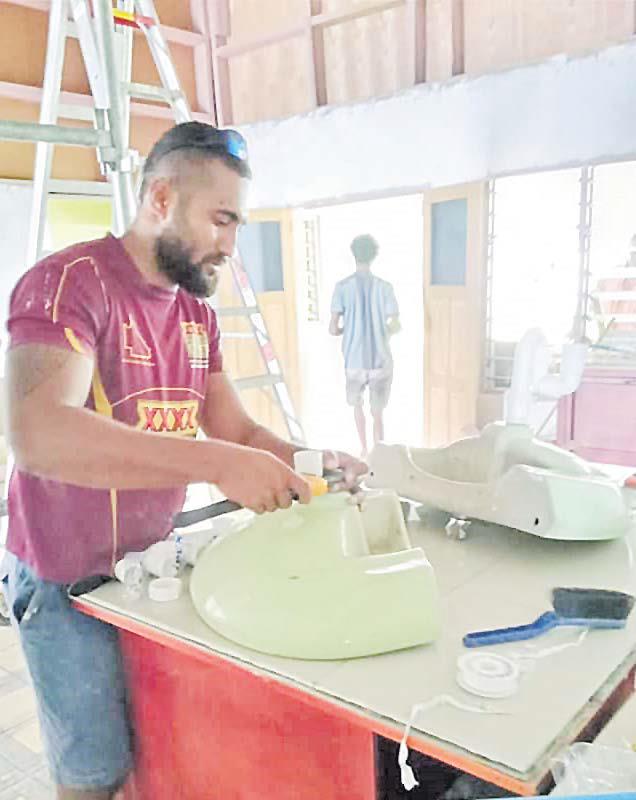 Desperate situations call for desperate measures as in the case of this father who lost his employment when COVID-19 crippled the economy impacting thousands of jobs.

The sole breadwinner of his family, Jeke Vakararawa Kamikamica was employed as carpenter and plumber at J Radel Plumbing and Building.

“I feared losing my job when business was affected and it wasn’t too long before the company made the announcement to cut its workforce that left me in a stake of shock,” he said.

“I had no choice, but to try and secure private jobs.”

Mr Kamikamica counts himself luckily because he has a certified trade, a skill set with years of experience.

The father of two somehow remains confident when he got his first job and eventually a lot of customers began calling his mobile phone.

Unlike his earlier work when jobs were lined up for him, his new role requires him to scope jobs that he can handle and not stress himself with too much physical labour.

“This field of work requires teamwork particularly depending on workload. So while I’m desperate for job to put food on the table, I must be mindful of the jobs I chose to do.

“Construction requires a lot of physical labour,” he said.

The 25–year-old was educated at Sawau District School from Year 1 to Year 8 and attended Year 9 to Year 13 at Gospel Secondary School and completed high school at Nasinu Secondary School.

He pursued and accomplished a certificate in civil engineering at the Fiji National University.

“From FNU I went back to my village in Dakuni, Beqa to plant yaqona and dalo.

“I secured proper employment in 2015 at the plumbing and building company until the pandemic struck.

“That’s when I really began to worry about the future of my family’s survival. I gathered whatever mental and physical strength I had left and started my own business.”

He said there was a huge demand in the construction business during this time, and he took on any job from minor renovation to building new homes for families. Mr Kamikamica is grateful to God.

“This time I want to thank God for his blessings and the trust from the people I have done work for. If there’s one advice during these trying times that is to rely on the Almighty Father to lead the way and he will make your path straight and hear your cry.”