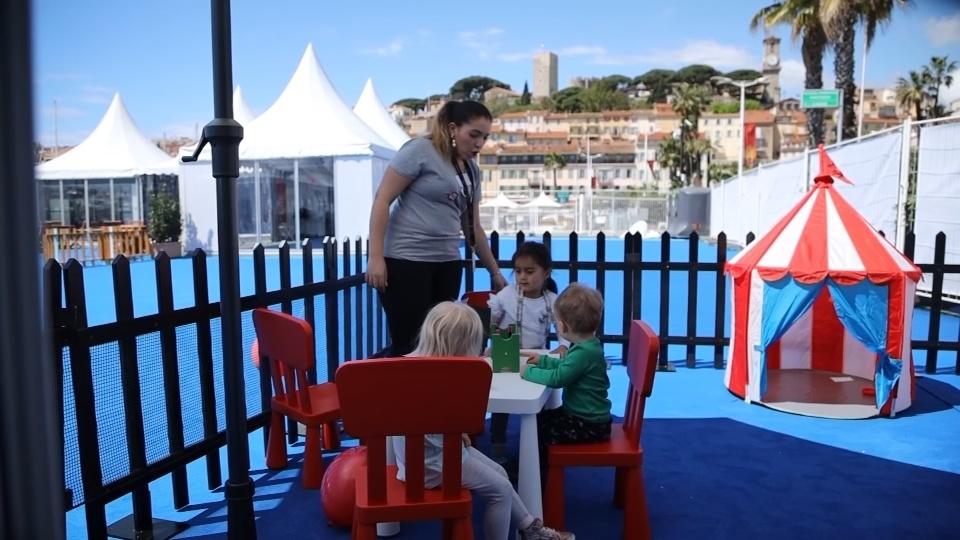 CANNES, France (Reuters) – Celebrities, red carpets, luxury yachts and late, late nights: as one of the biggest events in the cinema calendar, the glamorous Cannes Film Festival is the place to be on the French Riviera every May.

But what do you do when your luggage also includes a stroller and your travel companion is a baby?

Aurelie Godet – who works as a film festival programer – found that due to a lack of family-friendly services, she was being forced to choose between either the job or being a parent, and has launched a festival childcare service for the first time.

“We have e-mails …, saying this is game-changing and just a lot of gratitude, so it’s already working well,” Godet said, adding that many women had complained previously about the problems they had had even just trying to get through the festival’s tight security with strollers and babies in tow.

She said she hoped to be able to expand the scheme next year.

Godet’s son Orson – named after director Orson Welles, of course – is one of 60 children signed up to this year’s scheme.

Cannes gave the project a location for free, just a stone’s throw from the festival screening and red carpet venue, and crowd funding and sponsorship have helped keep prices low.